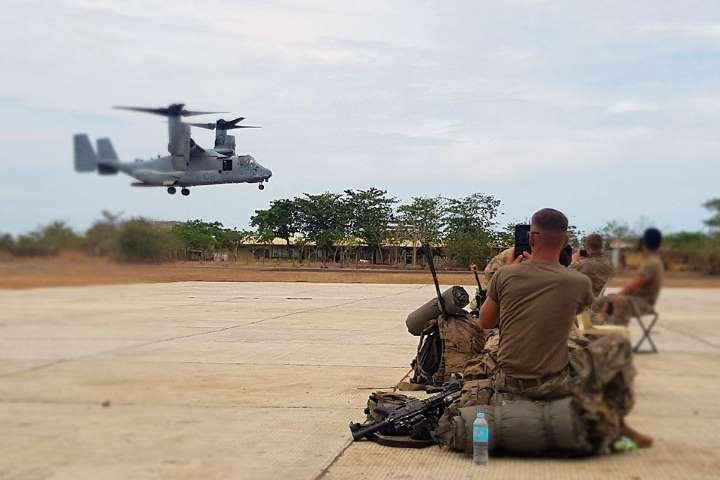 A US Marine watches as a V-22 Osprey plane lands during a Balikatan 2019 exercise on Lubang island on Thursday, April 11, 2019. Chino Gaston

Malacañang said that it shares US President Donald Trump’s opinion of Manila-Washington’s imminent termination of the Visiting Forces Agreement (VFA).

Trump’s advertisement told a White House news conference on Wednesday that he wouldn’t mind the Philippines ending the VFA because it’s going to save a lot of money.

Trump also said the US had helped defeat Islamic State militants in the Philippines.

Duterte had sought to end the VFA after the US cancelled Senator Ronald Dela Rosa’s visa, his close ally, reportedly over the role of the former national police chief in the deadly drug war.

The President also took exception to the alleged interference by the U.S. in the domestic affairs of the country, including the drug war and the imprisonment of his staunch critic Senator Leila de Lima.