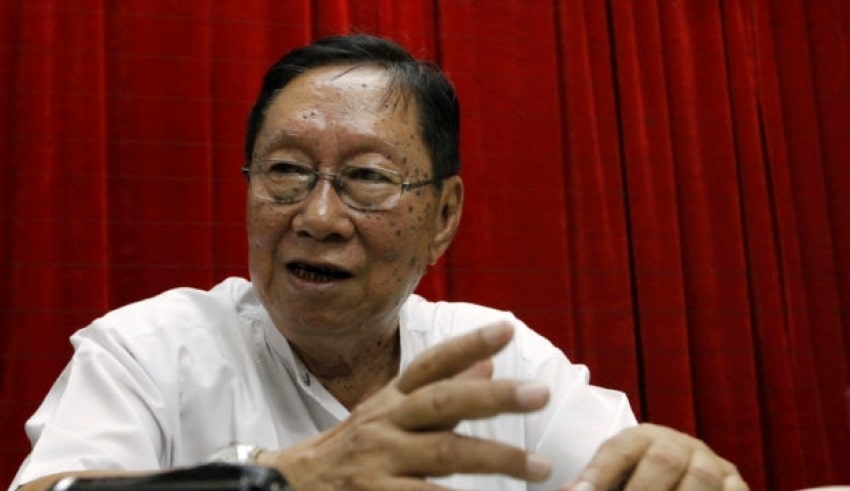 Myanmar politician Nyan Win, a senior adviser from Aung San Suu Kyi administration died from Covid-19 after being infected in jail as the South-east Asian country fight against exponential rise in infections.

In a statement, the National League for Democracy (NLD) said that the 78-year old senior adviser, who had been detained in Yangon’s Insein prison after the Feb 1 coup has been sent to hospital last week.

NLD promised that they will carry on fighting against the dictatorship in the country as well as to establish a Federal Democratic Union as they offer condolences to the family of politician Nyan Win.

The information team of the State Administration Council led by the junta, the jails were equipped to treat Covid-19 patients.

They added that the cause of Nyan Win’s death was his underlying diseases which are diabetes and hypertension, saying that about 375 prison inmates were also infected with Covid-19 where 6 people died before Nyan Win.

After the Feb 1 coup, the country’s efforts into fighting against the Covid-19 have been thrown into chaos by the turmoil.

The state media reported that the military-led health ministry said 1.6 million out of the 54 million population had been administered with the vaccine.

Report from The Global New Light of Myanmar said that 750,000 vaccine doses from China would arrive at the country as the ministry is expecting that half of the population will get vaccinated this year.

According to the United Nations, it was intensifying its efforts to fight against the alarming rise in Covid-19 confirmed cases and expected Myanmar to receive sufficient vaccine doses through the Covax facility this year for 20 per cent of the population.

MRTV Television which is being ran by the state reported that Myanmar registered a record 281 Covid-19 deaths on Monday, and 5,189 new infections as stated in the health ministry reports. However, according to the medics and the funeral services, the real time figures are much higher than the figures that the military government is reporting.