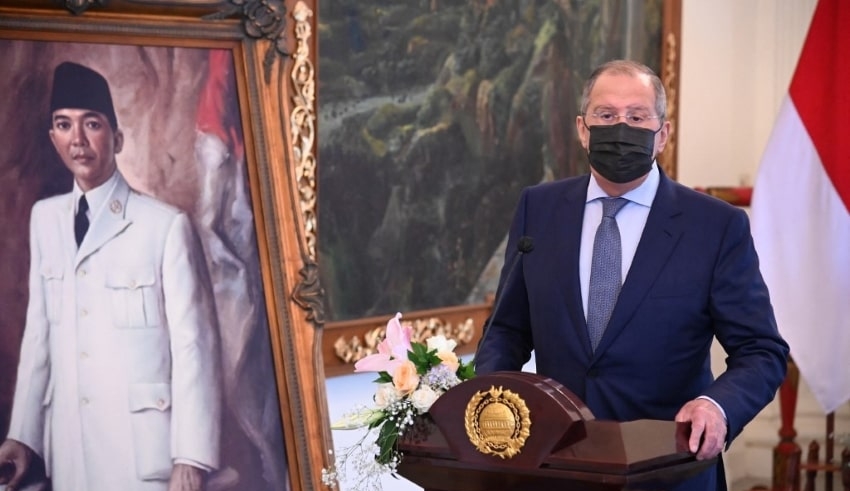 Sergei Lavrov has expressed support for a Southeast Asian diplomatic effort to end the political crisis in Myanmar.
(C) thejakartapost

Russia’s Foreign Minister Sergei Lavrov has expressed support for a Southeast Asian diplomatic effort to end the political crisis in Myanmar. Lavrov, speaking during a visit to the Indonesian capital, Jakarta, said the Five Point Consensus agreed by the Association of Southeast Asian Nations (ASEAN) bloc should be the basis by which the situation in Myanmar can be resolved.

Lavrov told reporters that in our contacts with Myanmar leaders, military leaders, we promote the position of ASEAN which should be in our view, considered as a basis for resolving this crisis and bring the situation back to normalcy. He was speaking at a video news conference following talks with his Indonesian counterpart, Retno Marsudi.

Lavrov’s comments are significant and come amid deepening engagement between Russia and Myanmar’s military, even as major global powers sanction its businesses and top leaders and call for a global ban on arms sales to the Southeast Asian country.

Marsudi further emphasized the importance of the five-point consensus – which calls for an immediate end to the violence in Myanmar and the start of dialogue between all parties – and asked Russia to support its implementation.

She added that it requires the commitment of Myanmar’s military to cooperate with other ASEAN member countries.

Senior General Min Aung Hlaing, who led the February coup, met ASEAN leaders in April and agreed to its peace plan. In addition to calls for dialogue and an end to violence, the plan also calls for the appointment of a special envoy and greater humanitarian access to conflict-affected areas.

Russia is among only a few countries that have recognised Min Aung Hlaing’s government. They are also a key supplier of arms and training to Myanmar’s military and has sent top officials to the country to meet the generals.

Russia in the past month had also welcomed Min Aung Hlaing and a military delegation for an extended visit to Moscow, during which he gave numerous speeches and media interviews and was bestowed an honorary professorship.