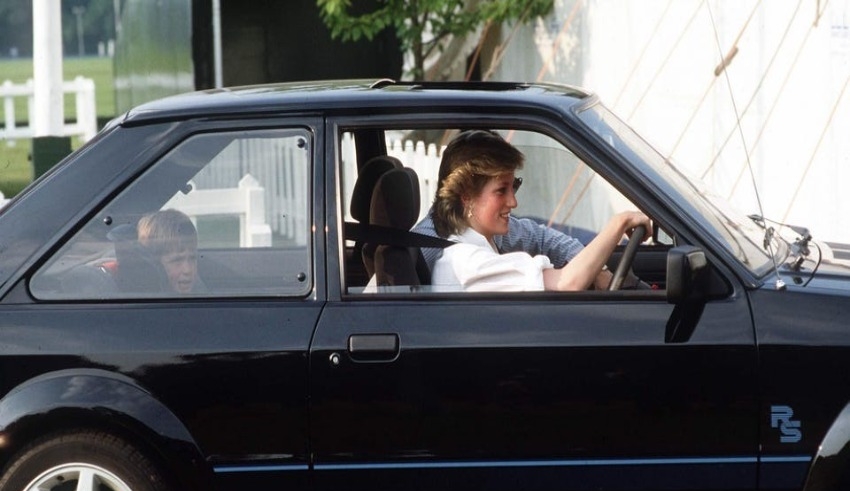 The RS Turbo Series 1 was produced in white, but the police guard assigned to the royal family requested that Diana's vehicle be painted black "for discretion."
(c) Forbes

At an auction that took place on Saturday at the Silverstone racing circuit in Britain, a Ford Escort RS Turbo Series 1 that had previously been owned by the late Princess Diana sold for a staggering 724,500 pounds (US$851070) (Aug 27).

Before handing back the keys to Ford, the princess had racked up 6,800 kilometers on the vehicle, as she was frequently spotted navigating the streets of Chelsea and Kensington in it. According to the Silverstone website, the vehicle was handed down to a number of different owners after the return and it eventually made its way back to Ford.

The winner of the auction is not mentioned anywhere on the website.

The RS Turbo Series 1 was typically produced in white; however, the police guard assigned to the royal family requested that Diana’s vehicle be painted black “for discretion,” according to the auctioneers.

According to Arwel Richards, a classic car specialist at Silverstone Auctions, who was speaking to Reuters earlier this week, the decision for the princess to drive the vehicle was “a really brave option.”

The week after next will mark the 25th anniversary of Princess Diana’s death at the age of 36, which occurred when a limousine in which she was a passenger crashed in a tunnel in Paris as it drove away from paparazzi on motorbikes giving chase.