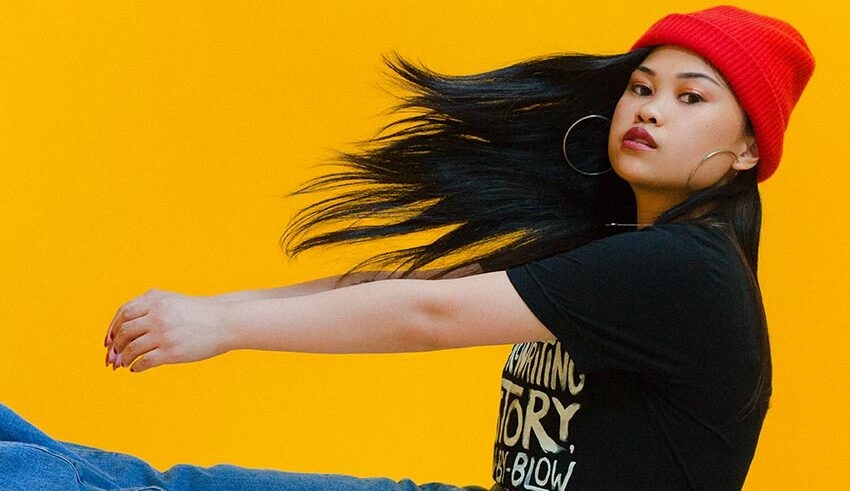 Ruby is known for her hip-hop and spoken word performances about her Filipina-American identity and her passionate lyrics that challenge cultural issues.
(c) Vilcek Foundation

Ruby Ibarra, a Filipino-American rapper, was awarded the 2023 Vilcek Prize for Creative Promise in Music.

In the domains of biomedical research and music, the medal is awarded to “young immigrant professionals who have showed extraordinary accomplishments early in their careers.”

Ruby, who works as a scientist in the Bay Area of San Francisco, was recognized for “her hip-hop and spoken word performances that center on her experience as a Filipina-American woman, and for her passionate lyrics that confront colonialism, immigration, colorism, and misogyny.”

As part of its “Spotlight” social media series, the Philippine Consulate General in San Francisco highlighted Ruby’s award in a Facebook post on Friday, November 11.

Netizens rave about budding romance between Klay and Ibarra

The winner of the award was initially revealed on October 20. She was recognized alongside four other musicians, including Beninese singer-songwriter Angélique Kidjo, Pakistani singer Arooj Aftab, Mexican composer and conductor Juan Pablo Contreras, and Chinese-American composer Du Yun.

Ruby was born in Tacloban and relocated to the United States with her family at the age of four, where she grew up in the Bay Area. Since the release of her debut album, Circa91, in 2017, she has toured the United States and the Philippines. In 2018, she co-established the Pinays Rising Scholarship Program.