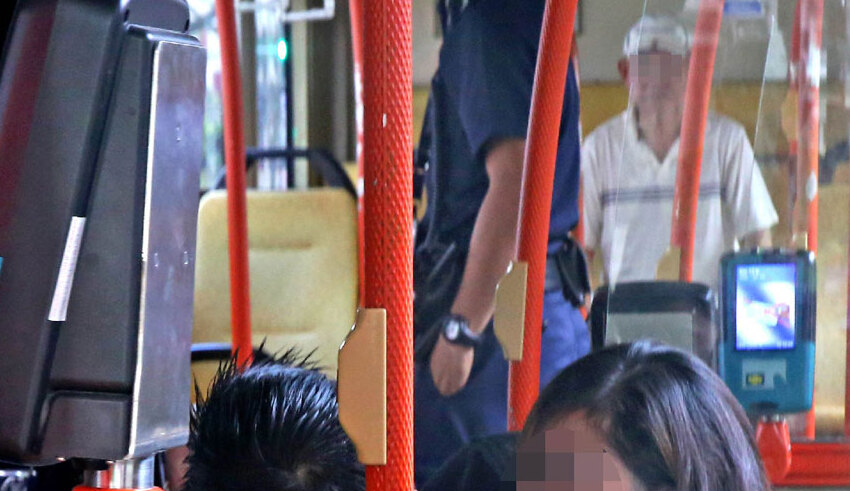 A 21-year-old Singaporean guy assaulted a sleeping teenage girl on a bus after being exposed to violent pornography depicting a similar circumstance.
(c) The Independent Singaporean

A 21-year-old guy assaulted a sleeping teenage girl on a bus after being exposed to violent pornography depicting a similar circumstance.

Investigations found that after he was apprehended, he had also trespassed into a women’s restroom to record inappropriate films while he was an intern at a company.

She slept while seated on the upper deck of the bus.

The court heard that Ang was on the same bus as the victim and observed her. The prosecutor stated that he was exposed to violent pornography depicting females being assaulted on a bus.

The prosecutor claimed that Ang fantasized about abusing females on a bus and sought to do so despite knowing it was prohibited.

Ang changed seats in order to sit precisely behind the sleeping girl. He then unsuccessfully attempted to contact her by inserting his hand between the two seats in front of him.

He waited a while before attempting to contact the girl again by sliding his hand between the window and seat. He touched the girl’s body and then withdrew his hand before repeating his movements.

The girl awoke when she felt a touch from her chest to her waist on the left side of her body. She did not return to check because she “felt uncertain” and instead fell asleep again, according to court filings.

However, when she felt the identical touch again moments later, she turned to her left immediately.

She observed Ang retracting his hand and lowering his head to check his phone.

The victim then proceeded to the bus’s lower level to notify the driver of the occurrence. The driver halted the bus and climbed to the upper level to question Ang about his contact with the victim.

Why is seafood in Singapore more expensive, and will prices stay high?

The bus driver instructed him not to exit the vehicle, and a police report was filed. Ang was apprehended on the same day.

A search of Ang’s phone during an investigation discovered videos of a woman using the restroom.

An investigation indicated that Ang interned for a company from September 2019 to February 2020.

On February 7, 2020, while in the workplace, he observed a female coworker headed towards the restroom. As there were no closed-circuit television cameras near the toilet, he followed her with the intention of recording her using it.

He recorded the victim using the restroom by placing his phone in the stall’s floor-to-wall gap. He performed this method multiple times, taking video footage of his own face.

The defense attorney S S Dhillon stated that his client’s mother passed away approximately eleven years ago, and Ang currently resides with his grandmother. His father is jobless.

According to a confidential psychiatrist evaluation, Ang has suffered from a persistent depression condition since elementary school.

He stated that Ang has not reoffended since he began taking antidepressants and attending therapy sessions.

The judge ordered evaluations of Ang’s eligibility for both probation and community service, and postponed sentencing until January.