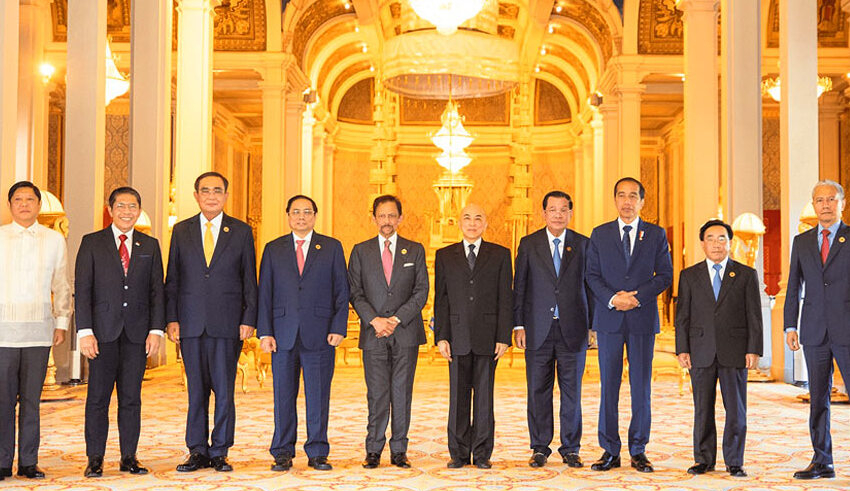 At the ASEAN Global Dialogue, the Philippine president called the disputed waters a nexus of thriving economic exchanges and contacts rather than a war symbol
(c) ABS-CBN News

When Ferdinand Marcos Jr. was asked about the status of the long-awaited Code of Conduct (COC) in the South China Sea, he paused and moaned audibly.

“As far as the Code of Conduct is concerned, nothing new has transpired. We just repeated ourselves repeatedly. [We require] a Code of Conduct… After his participation at the 40th and 41st Association of Southeast Asian Nations (ASEAN) Summits in Cambodia, he told reporters on Sunday, November 13: “We need to be crystal clear about what we’re committing to.”

Prior to his arrival in Cambodia, Marcos informed reporters aboard PR001 that he intended to bring up South China Sea concerns and the “urgency” of the COC at summits.

In his interventions at successive summits, Marcos brought up the South China Sea and the need to ensure that it “remains a sea of peace, security, stability, and development.”

“With the UNCLOS and international law as our foundation, the South China Sea will be a hub of thriving economic exchanges and contacts, and not an epicenter of armed conflict or geopolitical maneuvering,” Marcos stated on the final day of the summits at the ASEAN Global Dialogue.

Marcos urged for the “quick conclusion” of the COC during his address at the ASEAN-China Summit.

Marcos stated, “There has been some movement over the past year, but we need to have the actual Code of Conduct approved and in place as soon as possible.”

Four ASEAN nations, including the Philippines, are embroiled in territorial disputes with China over various portions of the South China Sea.

The Philippines has the most legal leverage among the four. The Philippines prevailed against China before an arbitral tribunal in 2016. However, the judgement has not yet been executed.

China, Marcos, and ASEAN members all concur that international law must control the water.

The Philippine president attended the ASEAN conference in Cambodia from November 9 to 13.