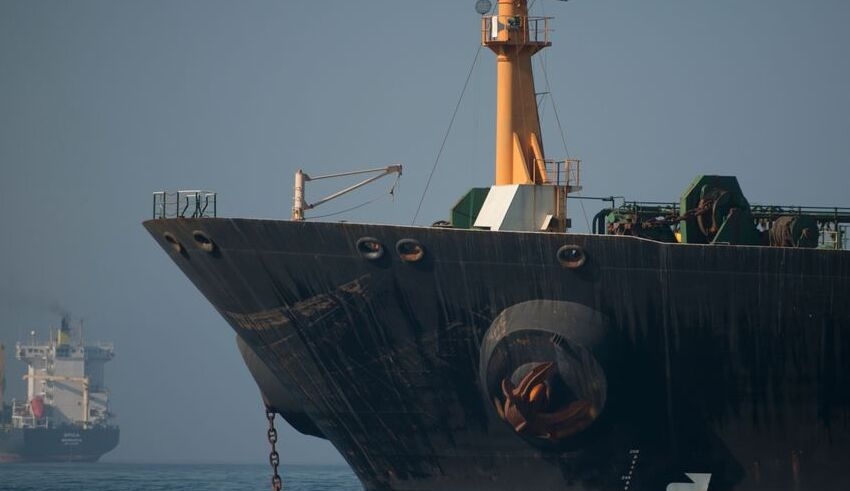 The Indonesian navy has been attempting to release the Djibouti-flagged vessel Young Yong, which ran aground on October 26 off Indonesia's Riau Islands.
(c) Bloomberg

The United States imposed sanctions on the vessel for alleged ties to Hezbollah and a branch of Iran’s Revolutionary Guards. Indonesian authorities said Monday (Nov 7) it could take up to a month to rescue a crude oil ship trapped in their waters.

The Indonesian navy has been attempting to release the Djibouti-flagged vessel Young Yong, which ran aground on October 26 off Indonesia’s Riau Islands.

The United States slapped sanctions last week on an international oil smuggling network that it claims helps Hezbollah and Iran’s Quds Force, targeting dozens of individuals, companies, and tankers in an effort to increase pressure on Tehran. The Young Yong was among the authorized vessels.

Officials at the US embassy in Singapore and Jakarta did not reply quickly to calls for comment.

The stranded tanker, which is capable of carrying 2 million barrels of crude oil, is nearly full, according to shipping statistics on Refinitiv Eikon.

Rear Admiral Arsyad Abdullah of the Indonesian navy stated that an operation to release the ship was begun.

Top Companies in the Philippines in 2022

“We must be cautious with the process since there are (natural gas) pipes,” he told Reuters on Monday. “It may take approximately a month.”

The ship ran aground in the Singapore Strait near an important natural gas pipeline that serves Singapore. No reports of injury or leakage have been made. Typically, it loads crude oil destined for China from floating storage in the Singapore-Malaysia Strait.

Technology Bright International owns the vessel, which is operated by East Wind Ship Management. The corporations were unavailable for comment.

Thursday of last week, Singapore’s Energy Market Authority (EMA) issued a statement stating that the grounded vessel was near subsea pipelines that transport natural gas from South Sumatra and West Natuna in Indonesia to Singapore for power generating and industrial purposes.

The agency stated that it was monitoring the situation closely and was prepared to activate the required contingency plans to minimize disruptions in Singapore’s energy supply.