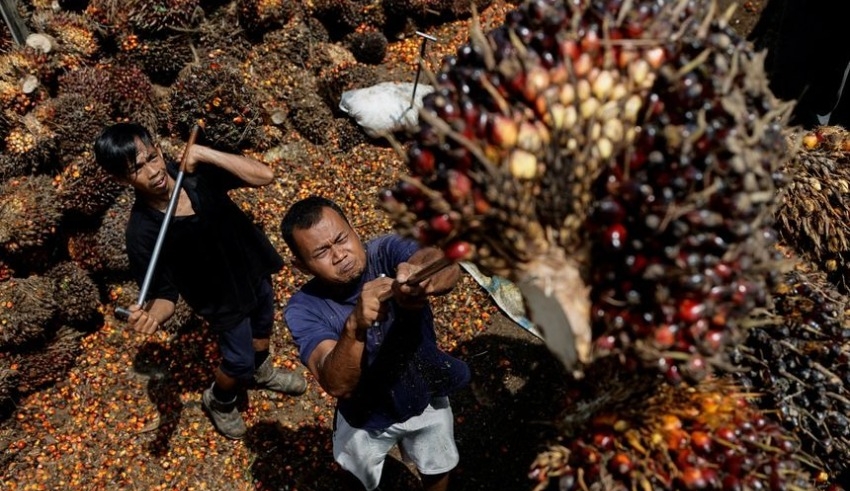 INDONESIA: The upcoming harvest season is expected to keep inventories full, therefore the Indonesian palm oil industry is pleading with authorities to reduce export restrictions and levies so that it can sell produce that otherwise risks going to waste.

Prices have fallen by nearly half since late April to their lowest level in over a year as the world’s largest palm oil producer eases export restrictions.

Since Indonesia enforced a three-week export embargo through May 23 to lower domestic cooking oil costs, Indonesian producers have been dealing with huge stocks.

There was a $2 billion drop in Southeast Asia’s largest economy as a result of the sharp rise in palm oil prices.

Domestic market obligation (DMO) rules, which require all goods to be sold on the local market, have resulted in a decrease in the number of mills that can process oil since their storage is full. The problem will only get worse throughout the harvest season.

“The DMO should be abolished, according to my proposal. Because DMO is so difficult to calculate, we do not need it,” Indonesia Palm Oil Board CEO Sahat Sinaga made the remarks. There is an abundance of cooking oil in the domestic market, Sinaga claims.

According to official data, the price of cooking oil in Java and Bali has gone below the government’s target, but the price is still above in other parts of the country.

DMO export licences are related to the availability of cargo ships, which are in short supply because of a global shipping constraint, said Sinaga. He also advocated for a reduction in export tariffs.

Farmers have also expressed their displeasure with the lack of mill purchases, which has led to a decline in quality and value of palm fruit. Some farmers have even ceased harvesting because of the poor pricing.

Gulat Manurung, chairman of farmers association APKASINDO, estimates that about a million metric tons of fresh fruit bunches went to waste between May and June.

Unless exports return to normal, palm oil inventories will remain around full capacity in the next months, a source in the industry said, speaking on condition of anonymity because of the sensitive nature of the topic.

A third of Indonesia’s crude palm oil production is normally used locally, according to the source, adding further pressure to inventories as the country enters its peak harvest season in August to September.

In an effort to reduce stockpiles, the government has reduced export tariffs and launched shipment-speeding programs. The obligatory palm oil content in biodiesel will be increased from 30% to 35% on July 20 to help absorb some of the extra.

According to industry insiders, nothing will change unless taxes are decreased and municipal sales regulations are eliminated.

DMO is not the problem, according to the administration. According to a representative at the Coordinating Maritime and Investment Ministry, it has established an export limit of 5.4 million tonnes based on DMO, but less than half has been utilised.

According to agricultural commodities consultant LMC International founder James Fry, cutting taxes presents a series of complex trade-offs, such as the government’s use of proceeds from palm oil export taxes to subsidize its biodiesel mandate.

“As a result, palm oil exports will increase, which will in turn lead to a decrease in the price of palm oil on the global market, which would have an impact on all Indonesian palm oil producers and diminish the country’s export revenues,” Fry added.