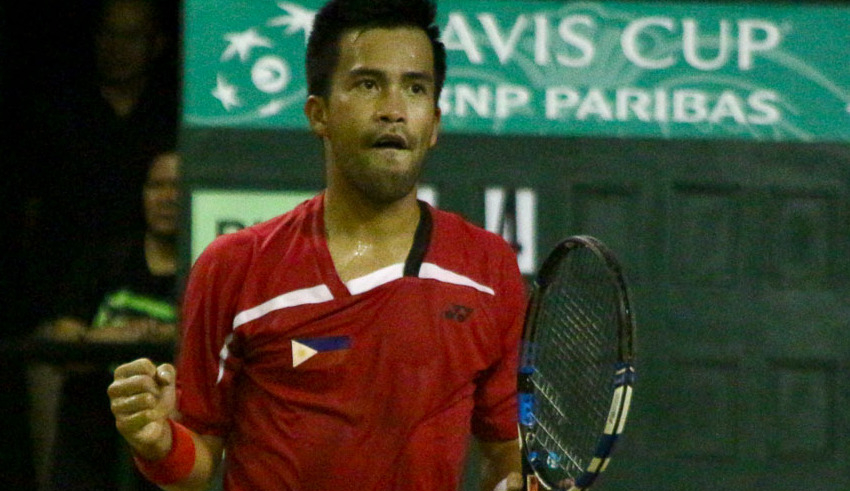 No. 3 seeds Francis Casey Alcantara of the Philippines and Coleman Wong of Hong Kong won their first-round men’s doubles match at the Medco Energi International Tennis Championships Week 1 on Thursday at the Sultan Hotel’s outdoor hard court in Jakarta, Indonesia.

Alcantara and Wong won 6-2, 6-1 over Mitsuki Wei Kang Leong of Malaysia and Linh Giang Trinh of Vietnam to advance to the quarterfinals of the USD25,000 tournament.

Nam Hoang Ly and Minh Tuan Pham of Vietnam, who defeated M Rifqi Fitriadi and Gunawan Giang Trismawantara 6-4, 6-4, are their next opponents.

Thomas Fancutt and Brandon Walkin, both of Australia, advanced to the next round by defeating Thomas Pavlekovich Smith and Matthew Woerndle, 6-2, 7-6. (6).

Fancutt and Walkin will compete against South Korea’s Ulsung Park and Ji Hoon Son, who defeated Ren Nakamura of Japan and Sharmil Shah of India 6-2, 6-2.

In other matches, the No. 2 seeds Fajing Sun of China and Seita Watanabe of Japan, as well as the No. 4 seeds Nathan Anthony Barki and Christopher Rungkat of Indonesia, won in contrasting fashion to advance to the quarterfinals.

The October 24 edition of the Association of Tennis Professionals (ATP) rankings places Alcantara at No. 286. His career-high position was 257 in 2018.

Next year, Alcantara will likely captain the Philippine tennis squad at the Southeast Asian (SEA) Games in Cambodia and the Asian Games in Hangzhou.

At the 2019 SEA Games in Manila, he and Jeson Patrombon won the doubles championship.

In 2005, Alcantara was selected to the Davis Cup team. In 2009, he became the first Filipino junior to win a Grand Slam when he and Cheng-Peng Hsieh of Chinese Taipei won the Australian Open doubles title. In the same year, he reached his greatest ranking of No. 14 in the world.