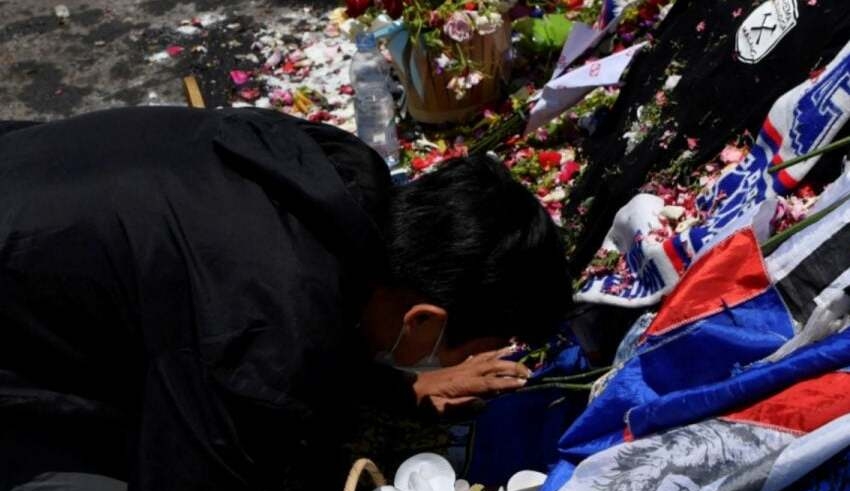 After one of the world's deadliest stadium tragedies, the Indonesian President Joko Widodo said, "‘We agreed to thoroughly transform Indonesian soccer."
(c) News18

President Joko Widodo announced on Tuesday, October 18 that Indonesia will destroy and rebuild a football stadium where a stampede killed more than 130 people earlier this month. He also pledged to “completely change” the sport in the soccer-crazed nation.

The president, commonly known as Jokowi, addressed media at the state house following a meeting with Gianni Infantino, the head of FIFA.

“The Kanjuruhan stadium in Malang will be demolished and rebuilt to FIFA specifications,” he said.

The catastrophic stampede after a league match in Malang on October 1 has been attributed to police firing tear gas in the stadium, a FIFA-banned method of crowd control.

President Susilo Bambang Yudhoyono stated that he had agreed with Infantino on fundamental improvements to the sport’s administration in Indonesia.

He stated, “We agreed to completely revamp Indonesian soccer.” Every step of preparation must adhere to FIFA guidelines.

The meeting occurs after Indonesia and FIFA decided to form a joint task group in the wake of the stadium catastrophe, and as Indonesia prepares to host the Under-20 World Cup in 2019.

Infantino stated, alongside Jokowi, that FIFA’s top priority was ensuring the safety of both players and supporters in the Southeast Asian country.

“This is a football nation, where soccer is a love for more than 100 million people,” he remarked. “We owe it to them to ensure their safety and security whenever they see a match.”

Infantino gave the president with a personalized red FIFA jersey and stated that the world soccer governing body will work closely with the administration to ensure that all venues satisfied safety regulations and that next year’s Under-20 World Cup ran smoothly.

Under pressure to explain what caused one of the world’s deadliest stadium tragedies, a government fact-finding committee produced a report concluding that the “excessive” and “indiscriminate” deployment of tear gas was the major cause of death last week.

As spectators attempted to leave the stadium following Arema FC’s loss to Persebaya Surabaya, they were stuck in a fatal crush, resulting in the asphyxiation of more than 40 children.

The investigation also found additional contributory causes, such as the stadium’s overcrowding, barred exit doors, and league officials’ insistence on playing the game at night to boost ratings for a local broadcaster, despite a police plea to play a match between bitter rivals during the day.

The fact-finding team also reported that within one hour after the match, more than three hours of CCTV material had been removed. The team has requested this footage from the police.

The team also demanded the resignation of the president of the Indonesian Football Association.