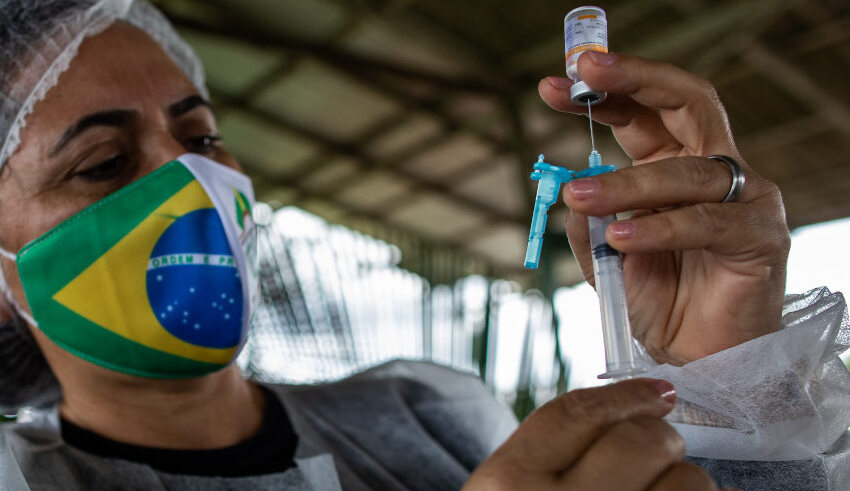 The development of IndoVac, according to the president of the state-owned company Bio Farma, will "help lessen the nation's reliance on foreign vaccines."
(c) SciDev

Yesterday in Bandung, the capital of West Java, President Jokowi declared that the IndoVac vaccine will help reduce Indonesia’s reliance on foreign vaccines.

“From now on, we can create our own COVID-19 vaccine,” Jokowi remarked during the ceremony, where 15 unvaccinated individuals were immunized with IndoVac, via The Associated Press. “And therefore we have independence in vaccine things.”

The IndoVac vaccine was developed in collaboration by Bio Farma, an Indonesian state-owned pharmaceutical business, and Baylor College of Medicine, an independent health sciences center in Houston, Texas. It has been in development since November 2021 and was approved for emergency use in adults last month, shortly before the country’s highest Islamic organization granted halal certification.

During the ceremony, Jokowi stated that Bio Farma planned to produce 20 million doses of vaccine this year, but that by 2024, production may expand to 120 million doses yearly, depending on demand.

Indonesia has documented approximately to 6.5 million confirmed cases of COVID-19 and an estimated 158,263 deaths, and has endured severe outbreaks of its Delta and Omicron forms. The Delta wave peaked in July 2021 with approximately 56,700 new cases per day, whereas the Omicron wave surpassed 63,900 new infections in February of current year.

With the introduction of the IndoVac vaccine, Indonesia will be able to redouble its efforts to attain comprehensive vaccination coverage. According to Our World In Data’s COVID-19 vaccine tracker, 62,4% of Indonesia’s population has got the full first immunization treatment, while another 16% have only received partial vaccination. Indonesia also became the first nation to approve a Chinese-made mRNA COVID-19 vaccination for primary and booster use in adults late last month.

The creation of the IndoVac vaccine illustrates the economic nationalism that has long been a part of the political culture of Indonesia. Last month, the CEO of Bio Farma, Honesti Basyir, stated that the new vaccines were meant to “help lessen the nation’s reliance on imported vaccines.” He said that 80 percent of IndoVac’s ingredients were sourced locally.

Due to its 273 million people’s dependency on imported vaccines, Indonesia has been notably vocal about the worldwide vaccination divide that formed during the COVID-19 epidemic. Foreign Minister Retno Marsudi stated the 76th United Nations General Assembly in September 2021, “Roughly six billion doses of the vaccine have been delivered worldwide, but less than two percent have been administered in Africa, compared to nearly 80 percent in high- and middle-income nations.” This reveals the enormous disparity in the COVID-19 pandemic response.

According to the Houston Chronicle, Dr. Maria Elena Bottazzi of the Baylor College of Medicine stated that the vaccine met a need for a “safe, effective, low-cost vaccination for middle- to low-income countries that is important to the global fight against the COVID-19 pandemic.” She said, “Without broad immunization of populations in the poor world, which must include safe and effective booster doses, other variations will emerge, impeding the progress made by currently available vaccinations in the United States and other Western nations.”

In addition to decreasing its own reliance on imported vaccines, the vaccine could soon be sold to other regions of the Global South as manufacturing increases. Indonesia is already in negotiations with numerous African nations, including Nigeria, to export and donate IndoVac supplies. Reuters reports that the vaccine’s export possibilities may be limited due to the present surplus of COVID-19 vaccines and the fact that IndoVac has not been developed to target the currently dominating Omicron form and its substrains.

In either case, Indonesia’s creation of the vaccine signifies the end of the pandemic’s primary phase and the beginning of a new era in which the country will live with and essentially handle the virus on its own.