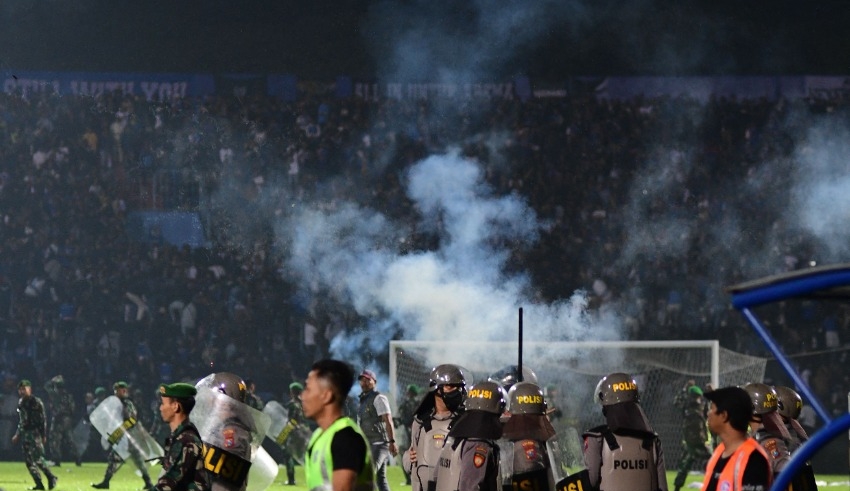 The Indonesian government and the football officials have been bombarded with questions and criticism about why police used tear gas inside the stadium.
(c) The Globe and Mail

A fact-finding team investigating a tragic soccer stampede in Indonesia has decided that tear gas was the primary cause of death in one of the world’s deadliest stadium catastrophes, according to Indonesia’s security minister on Friday, October 14.

The committee, comprised of government officials, soccer and security specialists, has been studying the October 1 crush that killed more than 130 people at the Kanjuruhan stadium in East Java.

Coordinating Security Minister Mahfud MD stated that a different committee was still studying the toxicity of the gas used, but that regardless of the outcome, it could not “diminish the judgment that tear gas was primarily responsible for the enormous number of deaths.”

Indonesian authorities and the Indonesian Football Association (PSSI) have faced rising doubts and criticism regarding the use of tear gas inside the stadium, a FIFA-prohibited crowd control measure.

The investigation team discovered that the police officers on duty were unaware of the ban on tear gas at soccer matches. It was stated that tear gas was shot “indiscriminately” and that officers deployed “excessive” force.

The police have attempted to downplay their role in the catastrophe, noting that the overcrowded stadium’s tight doors intensified the crush.

Dozens of police and military officers are being investigated in relation to the incident.

The investigators found that the PSSI’s disregard for regulations constituted negligence and demanded the resignations of its head and executive committee.

In addition, match organizer PT Liga Indonesia Baru was also careless, according to the report.

Mahfud stated that the president had been given a 124-page list of suggestions detailing the findings.

This Monday, the PSSI and FIFA announced the formation of a joint task group to increase crowd management and safety measures. The unusual intervention by the sport’s governing body occurs as Indonesia prepares to host the FIFA under-20 World Cup in 2019.