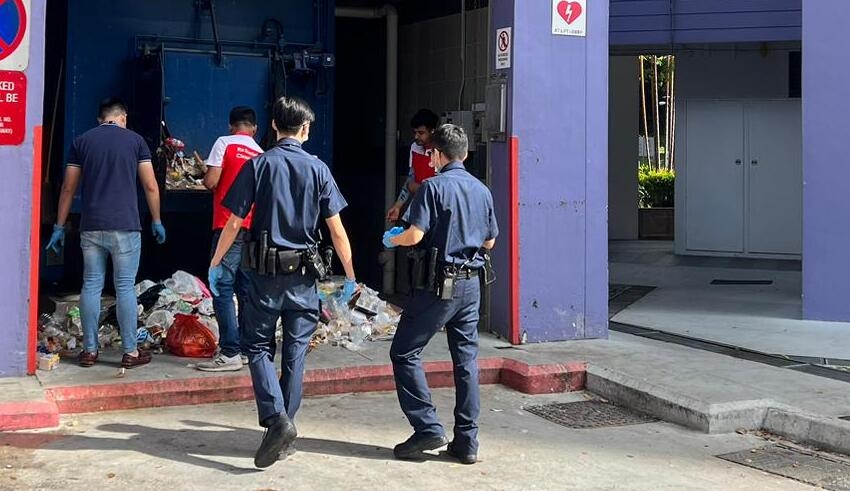 A 31-year-old lady was accused with murdering her father in Sengkang the previous day in court on Saturday, November 5.

The charging document did not contain information about the manner of death.

Tan appeared in court via video link from Division A, where she was detained. She was requested to speak Mandarin while wearing a blue mask and red shirt.

The prosecution requested that Tan be remanded for one week for investigation purposes, with authorization to view crime scenes. The request was granted by the judge.

The police stated in a previous statement that they got a call for assistance at a Rivervale Drive residence about 5:30 a.m. on Friday.

Inside the apartment, officers discovered a man laying still with many wounds. Paramedics pronounced him dead at the site.

Friday, when CNA arrived on the site, there were scores of police officers and cars surrounding the Housing Board building.

Friday around 11:15 a.m., two police officers and two Singapore Casket staff carried a black corpse bag out of a unit and into a police van.

Two months ago, according to a neighbor, Tan’s mother passed away.

Tan will reappear in court on November 11.

If convicted of murder, Tan could face the death penalty.