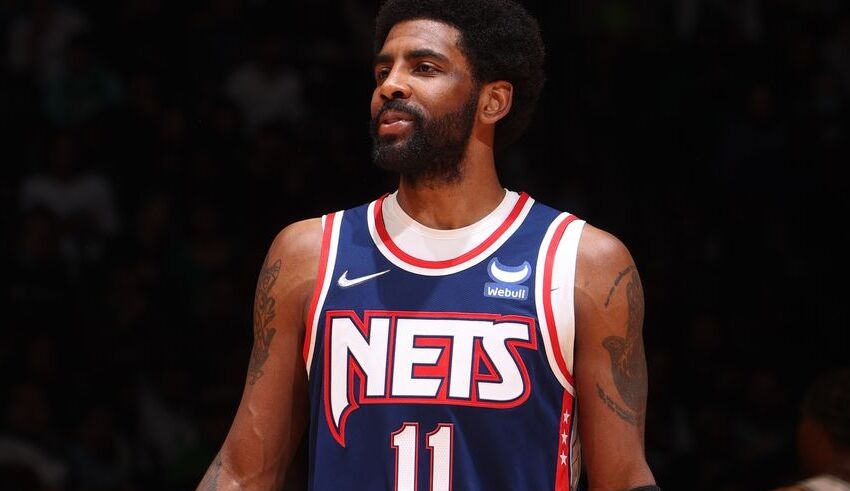 Nike Inc. cut ties with Brooklyn Nets basketball star Kyrie Irving on November 4 and canceled his next shoe release over his support of an anti-Semitic video.
(c) Blazer's Edge

Nike Inc. severed its association with Brooklyn Nets star Kyrie Irving on Friday, November 4, and canceled its next Irving-branded shoe release in response to his endorsement of an anti-Semitic film.

The Nets had already suspended Irving for at least five games after he twice stopped short of completely rejecting the documentary. Later on Thursday night, Irving offered a more comprehensive apology for endorsing a project he claimed contained “false anti-Semitic comments.”

However, the apologies could not prevent Nike from severing ties with Irving.

“At Nike, we think that hate speech has no place and reject all forms of antisemitism. In light of this, we have decided to immediately discontinue our connection with Kyrie Irving and will no longer release the Kyrie 8,” Nike said in a statement.

The statement said, “We are profoundly sorry and dismayed by the situation and its impact on everyone.”

Multiple media sites have stated that the value of the shoe transaction is $11 million, although Reuters cannot corroborate this.

Additionally, the Nets will not pay him during his ban. According to Basketball-Reference.com, he is on a $36.9 million contract this season after earning approximately $195 million in his previous 11 seasons with the Cleveland Cavaliers, Boston Celtics, and the Nets.

The Nets stated he would be punished for a minimum of five games and until he completes a series of unspecified “remedial procedures.”

Irving has received significant criticism since tweeting a link to a 2018 essay on Twitter last week and defending the post over the weekend. Since then, the seven-time All-Star has deleted the tweet.

Thursday on Instagram, he apologized to people who were “hurt by the nasty comments uttered in the documentary” and stated that he accepted full responsibility for his decision to post the information with his followers.

The dispute arises during a tense period for Jews in the United States. The FBI warned Thursday that there was a serious threat to synagogues in New Jersey, a state just over the bay from Brooklyn, which has one of the highest concentrations of Jews in the world.

Irving’s suspension and apologies are in response to the scandal surrounding Ye, the musician formerly known as Kanye West, who was removed by social media sites last month for anti-Semitic tweets.

Irving’s social media remarks are not the first time in his NBA career that he has courted controversy.

Despite New York City’s regulation, he participated in only 29 of the Nets’ 82 regular season games in 2021-2022 after refusing to receive the COVID-19 vaccination.