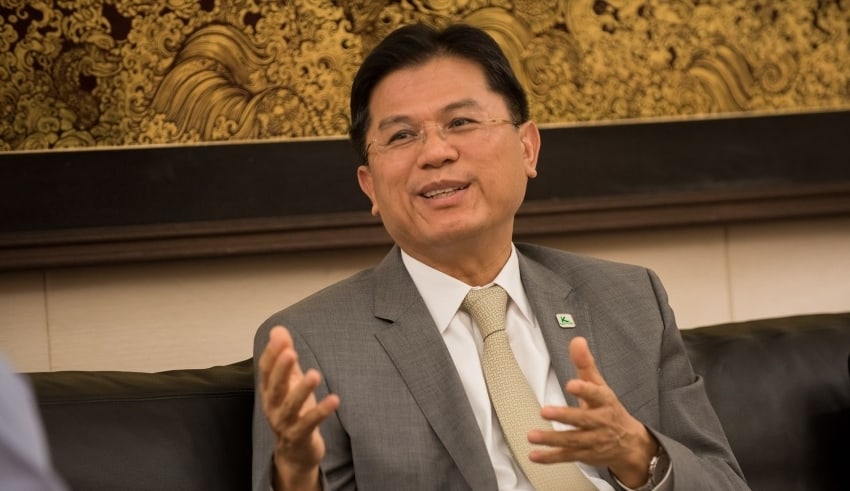 According to Thai media, the President of the Thai Bankers' Association, Predee Daochai, is tipped to be the next finance minister. The name was listed after four ministers that make up the cabinet 's economic team headed by Somkid Jatisripitak resigned.
(C) Bangkok post

Here’s something new, folks. According to Thai media, the President of the Thai Bankers’ Association, Predee Daochai, is tipped to be the next finance minister. The name was listed after four ministers that make up the cabinet ‘s economic team headed by Somkid Jatisripitak resigned.

The 61-year-old banker has reportedly briefed the government on a variety of issues like the Covi borrowing decree of 1.9 trillion baht. Mr Predee, who is also a co-chair of Kasikornbank, graduated from Thammasat University with law degrees and from the University of Illinois with a Master’s in law.

In 1982 he joined Kasikornbank, working for the lender primarily in the area of legal and risk management. Mr Predee was appointed as a member of the National Legislative Assembly in October 2016, an appointed legislative body formed after the military coup in 2014, possibly in his capacity as Chairman of the Thai Bankers’ Association.

In 2018, Mr Predee served as an advisor to the Eastern Economic Corridor Policy Committee, an ambitious connectivity and development initiative that the government launched to fuel growth and investment in the East. Thai media have announced that the energy portfolio is likely to go to Pailin Chuchottaworn, a former Deputy Minister of Transport in the former cabinet of Gen Prayut and former CEO of oil and gas.

Other prime minister advisors who could join the economic team may be Supattanapong Punmeechaow, a former PTTGC CEO, a petrochemical subsidiary of PTT; Karn Trakulhoon, a former Siam Cement chief; and Boontuck Wangcharoen, a new Thai Airways International director and former president of TMB Bank.

Also rumored to join the new economic team is an official from the public sector who works closely with the prime minister, Tossaporn Sirisamphan, secretary-general of the National Economic and Social Development Council. In any case, it remains unclear if the Palang Pracharath Party (PPRP) core coalition party MPs will welcome the news, given the quota structure used to assign cabinet seats based on the number of MPS.

The quota of Gen Prayut is part of the PPRP’s since the major coalition parties — Democrat and Bumjaithai — would not consider a reduction in their ministerial quotas to accommodate the choices of Gen Prayut. His quota had reportedly caused resentment and rifts among many PPRP MP factions.

The increased position of Gen Prawit in the PPRP after he was elected leader of the party is reportedly aimed at holding potentially dissatisfied MPs in line when a cabinet reshuffle comes in the coming weeks.