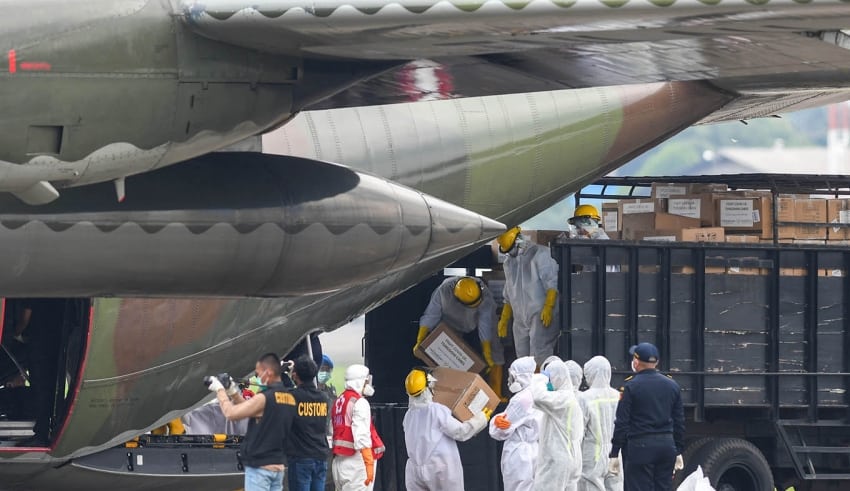 Since the Coronavirus outbreak began in earnest early last month, Indonesia has spent Rp 777.59 billion, or $50 million, on imported medical supplies. More imports are now being planned as the number of cases continues to grow.

The outbreak-related imports are dominated by face masks, which have totaled 17.1 million units, the director-general of Customs and Excise, Heru Pambudi, said in Jakarta on Wednesday, April 22.

Heru said that imports from China accounted for 63.17 percent of the total value. Then, Covid-19 related imports, according to him, will only grow as the government has now delivered incentives and relaxed several regulations.

In order to increase domestic stocks, the government taking steps by lifting up duties and import taxes on many medical items, and allowing commercial imports of medical supplies which were previously limited to government institutions and public service agencies.

The supplies that are exempt from VAT include hand sanitizers, disinfectants, testing kits, reagents, medicines, vitamins, PPE and medical equipment.

On the other hand, the government cannot entirely ban exports of Indonesian-made PPE and hospital equipment, Heru said. This because Indonesia is a key producer of PPE, including facemasks.

“But many of our factories operate within special industrial zones which from the very beginning were designed to serve the export markets,” Heru said.

Meanwhile, The Indonesian Corruption Watch (ICW) researcher Almas Sjafrina opined that the medical devices mafia amid the COVID-19 pandemic might exist. This was as revealed by State-Owned Enterprises (SOE) Minister Erick Thohir.

“During the pandemic, we have not received such information, but there are possibilities. The procurement of medical equipment has been corrupted thus far,” Almas said as quoted by Tempo on Wednesday, April 22.

Erick Thohir had once talked about the mafia in the medical kits import as the import value reached 90 percent.

Based on ICW data throughout 2010-2019, Almas elaborated, 44 percent of corruption cases handled by law enforcers were related to the health sector, especially the procurement of medical devices. Suprisingly, the figure was the highest among corruption cases in other sectors.

Moreover, she added, high demand during the ongoing pandemic is also attributable to the existence of mafia or corruption. Medical kits in current situation, due to the mechanism of rapid procurement for emergency conditions prone to occur acts of corruption. The public also faces difficulties in overseeing the process.

“The distribution and the price can be exploited,” Almas said.

The scheme of rapid procurement during an emergency is mandated in the National Public Procurement Agency (LKPP) Regulation No. 13/2018.

Almas added that the commitment-making officials (PPK) could select providers to procure goods, or else the government could purchase them on its own.