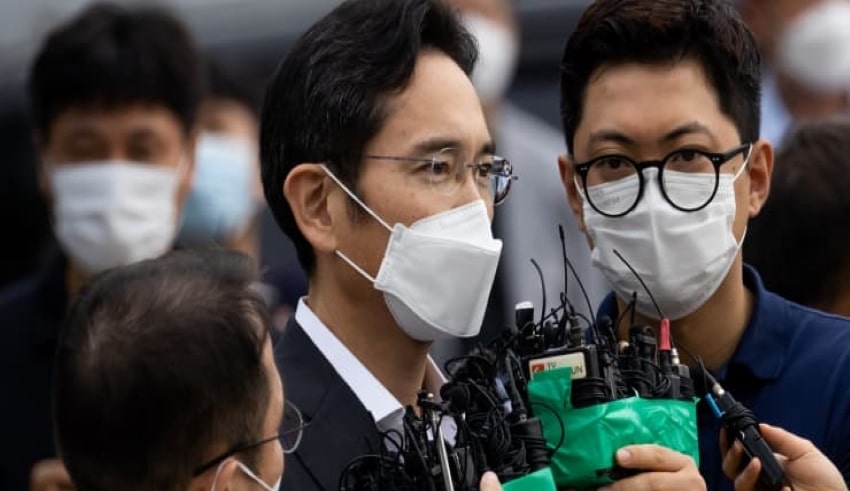 Jay Y. Lee pleaded guilty in court on Tuesday to a charge of illegal use of a controlled drug, as legal problems continue to plague the executive despite his August parole release after a bribery conviction.
(C) cnbc.

ASEAN – Singapore Samsung CEO Jay Y. Lee pleaded guilty in court on Tuesday to a charge of illegal use of a controlled drug, as legal problems continue to plague the executive despite his August parole release after a bribery conviction.

Market observers anticipated a rush of significant choices at Samsung Electronics Co Ltd and its affiliates after Lee’s announcement, including the site of a US$17 billion (RM71 billion) semiconductor plant planned in the United States.

However, Lee’s legal problems continued Tuesday before the Seoul Central District Court, where he testified in a brief first hearing that he took propofol — a sedative used in anesthesia — 41 times between 2015 and 2020.

In their statement, prosecutors said that the usage was done under the pretext of skin therapy or was not connected to a legitimate medical procedure.

According to Lee, this issue was first brought up for therapy, but he sincerely regrets his actions.

Lee then promised the court where 15 people stood as witness that he will make certain that this does not happen again.

An extra charge of 17 million won is being sought by prosecutors in addition to a fine of 70 million won (RM244,000). The decision will be made on October 26th.

South Korean law holds both the receiver of a prohibited substance found to have been given unlawfully and those who administered the drug criminally responsible.

Individuals charged separately with misconduct at the clinic where Lee got the medication have denied wrongdoing.

Prosecutors became aware of the issue in 2020 but were recommended to discontinue their inquiry in March 2021 by an independent body that reviews criminal investigations. They pursued a fine until June, when another police allegation of sedative usage prompted the court to schedule a hearing.

Misuse of propofol is less likely than other restricted drugs to result in fines rather than prison time.

Lee was sentenced to 30 months in prison for bribery and embezzlement in January. He was released in August, with the presidential office hoping he would assist develop “semiconductors and vaccines”.

Samsung said after his release that it will spend 240 trillion won ($240 billion) over the next three years in areas like as semiconductors and biopharmaceuticals. Lee has maintained a low profile. Lee is now on trial on charges of stock-price manipulation and accounting fraud in connection with the US$8 billion merger of two Samsung companies in 2015. Hearings are conducted on a weekly basis.