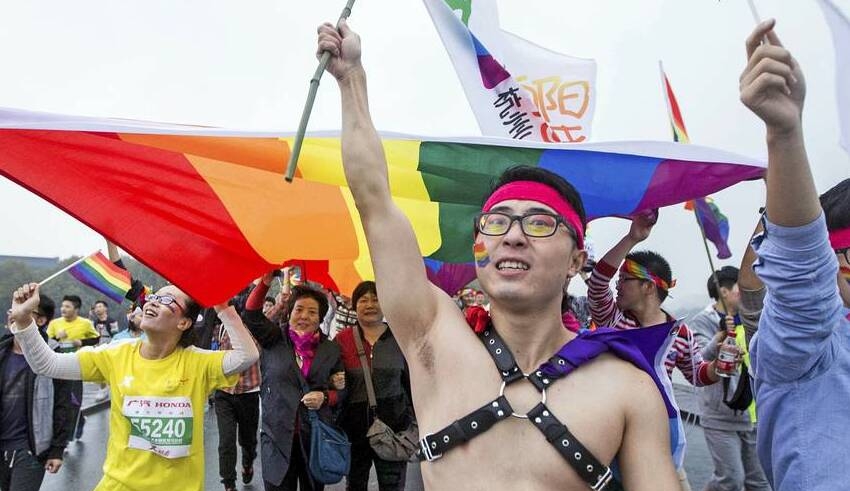 Russell Heng stood in the serene Esplanade Park in Singapore, pointed to the location where the police had once detained him only due to the fact that he is gay
(c) The Wall Street Journal

For decades, Singapore’s government upheld the controversial 377A statute, which prohibited intercourse between two men and was inherited from British control.

Authorities stated that it demonstrated Singaporean society’s disapproval of homosexuality.

However, its parliament revoked the rule this week, just months after Premier Lee Hsien Loong’s unexpected statement that the ban would be lifted due to changing opinions.

The repeal of 377A closes a terrible period in Singapore’s history that is rarely discussed today, during which homosexual males endured not just great societal shame but were also actively persecuted by authorities.

Mr. Heng and the other men in Esplanade Park that evening were just issued a warning. Others were not so fortunate.

Over the course of several decades, the police conducted so-called “anti-gay” raids on gay men’s frequented nightclubs, beaches, and parks.

Frequently, this included the controversial use of entrapment, in which police officers posed as gay men at popular meeting places and arrested anyone who engaged them.

Those who are arrested are typically charged with solicitation, outrage of modesty, or performing obscene actions. Their names, ages, and jobs would be published in national newspapers along with arrest information.

The majority received fines or served a few months in jail. In 1993, however, in an episode known as the “Fort Road raid” after its location, many men were detained and condemned to Singapore’s notoriously severe caning punishment.

In a subsequent appeal, the court noted that the manner in which the men were apprehended and accused was “unsettling.”

The raids conveyed a strong message to many gay men that their existence was frowned upon. While anti-gay violence was uncommon in Singapore’s carefully controlled culture, many members of the group feared coming out to their friends, family, and larger community.

“You were always required to be secretive, and you constantly feared being observed. That was a part of the gay inclination back then,” Mr. Heng, who is 71 years old, stated.

In the 2000s, the number of raids reduced, and homosexuality, formerly a taboo subject, became more publicly discussed.

Then in 2007, during a key parliamentary discussion over 377A, the Singaporean government pledged that while it would maintain the law, it would not enforce it.

These steps were taken as Singaporeans gradually became more accepting of LGBT individuals. Recent surveys indicate that while there are still a considerable percentage of people who believe homosexuality is “bad,” support for gay rights is on the rise.

The city-state has created a strong LGBT culture, with a growing number of LGBT-friendly businesses and corporations adopting diversity policies.

Pink Dot, an LGBT rights event that attracts thousands of supporters annually, is the largest civil society gathering in Singapore, where such protests and demonstrations are relatively uncommon.

Activism has become more prominent as more lobby groups and support communities have emerged – a long cry from the days when it was nearly impossible for homosexual rights organizations to operate.

Mr. Heng is a founding member of People Like Us, one of the oldest LGBT groups in Singapore, which was denied twice in the 1990s permission to register as a society. Mr. Heng recounted that in their early days they were constantly monitored by the government, with plainclothes police officers attending their public speeches and meetings and identifying themselves afterwards.

“There are now younger individuals who were born when Pink Dot was already a fact. They would see it as normal that homosexuals are acceptable. They are unaware of this other occurrence,” explained Mr Heng.

Some wish to alter this.

On a recent evening, a group of tourists were driven by their guide, 34-year-old Isaac Tng, through the streets of downtown Singapore on a unique tour.

On the banks of the Singapore River, they were informed about Chinese male immigrants who turned to prostitution in the 19th century.

The next visit was a generic office building that was formerly the first homosexual sauna in Singapore. Later, they were escorted to an upmarket restaurant on a hilltop, which they were informed was once a prominent homosexual cruising spot.

Mr. Tng told the BBC that he decided to start providing LGBT history tours after realizing that Singaporeans, particularly younger Singaporeans, suffer from “amnesia.” His trips have drawn an assortment of straight and LGBT attendees.

As a result of 377A’s lack of enforcement, “there are those who don’t care since they’ve never been subject to it,” he explained.

Since 377A has received more attention in recent years, including legal efforts to overturn it, “there’s been more curiosity and people are more intrigued” about LGBT history, he said, but “the resources are still inadequate.”

With the abolition of 377A, the law is now formally extinct. However, many members of the LGBT community remain cautious despite the celebration.

Along with the repeal, MPs decided to modify the constitution, effectively eliminating the possibility of homosexual marriage for the foreseeable future.

Parliamentarians also expressed alarm about “militant gays” and the erosion of religious freedoms, which LGBT groups have characterized as “unsubstantiated rhetoric and fearmongering.”