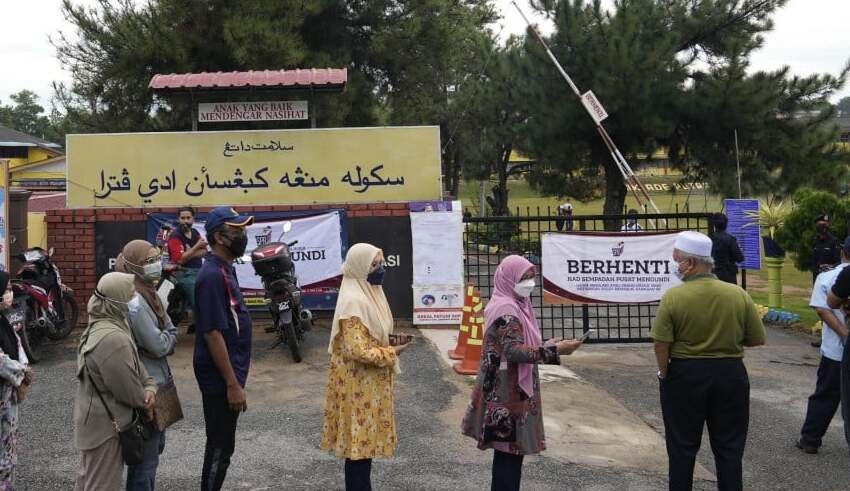 LGBTQ+ says the political parties' silence ahead of the election is indicative of their stance, days after religious officials raided an LGBTQ Halloween party
(c) South China Morning Post

Days after Malaysian religious authorities stormed a Halloween party organized by the LGBTQ community, queer people claim the political parties’ silence ahead of the November 19 election is indicative of their position in society.

Homosexuality is a crime in Malaysia, a Muslim-majority country with dual civil and sharia legal systems that empower states to deploy moral police to oversee compliance with religious laws among the country’s majority Malay-Muslims, who account for over 60 percent of the country’s 32.7 million people.

Jay, a guest at the party, described the raid as dehumanizing for the trans and non-binary individuals in attendance.

While everyone was eventually let to leave the location after an hour, the 20 who were kept were questioned by JAWI for an additional three hours before being released with instructions to seek counseling.

Numan Afifi, a gender activist who supported those jailed, stated that before their release, the 20 were asked a series of “humiliating and insulting personal questions.” He stated, “This is nothing but intimidation and harassment from religious officials.”

Why is Malaysia sending asylum-seekers back to Myanmar?

Since then, only the minuscule Socialist Party of Malaysia has issued a protest of the incident, calling the raid “politically motivated.”

“The mobilization of government machinery against one of the most vulnerable communities in Malaysia should be questioned as Muslim drag queens, transmen, and transwomen are arrested, harassed, racially profiled, and intimidated,” the party’s youth wing, Sosialist Youth, said.

The parties in Malaysia’s current coalition government – an alliance of right-wing Malay nationalist Umno, Bersatu, and the firmly Islamist PAS – have long stigmatized the LGBTQ community on religious grounds.

Bridget Welsh, a political pundit, stated that politicians are wary of conservative voters, who nevertheless make up the majority of the nation’s 21 million voters.

Putting aside sentiments, the problem is arguably more hyperpolitical in Malaysia due to its usage as a weapon against politicians and as a method to attract political support. She stated, “Some aspire to return the political discourse to a religiously polarized discourse.”

However, many members of the LGBTQ community are questioning the silence of the more progressive Pakatan Harapan coalition and the new youth-focused party Muda, which has marketed itself as the nation’s most inclusive party since its formation in 2020.

Human rights campaigner Charles Santiago, who did not make the DAP’s list of candidates for this election, was the only member of the Pakatan Harapan coalition to criticize the raid and ask the police to “stop chasing [LGBT people] like criminals.”