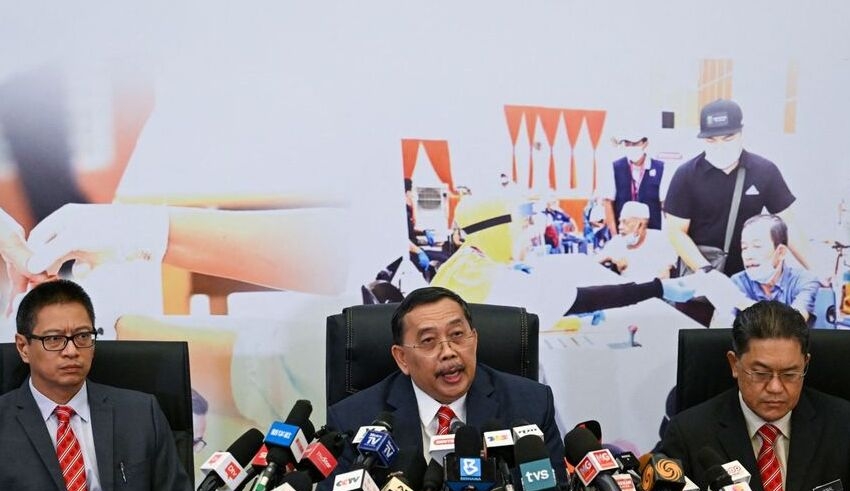 The cost of living & political stability are some of the topics that are likely to weigh strongly on the minds of Malaysian voters when they cast their ballots.
(c) Bloomberg

Before the November 19 elections in Malaysia, political groups are already squabbling over crucial subjects.

As the crisis in Ukraine rages on and Malaysia’s government and central bank warn of sluggish growth next year, the economy and inflation normally rank highly.

In addition to political stability, they desire an end to the political turmoil that has plagued the nation since the United Malaysia National Organisation’s (UMNO) historic defeat at the 2018 election.

Moreover, there is the problem of corruption. A significant factor in UMNO’s electoral defeat in 2018 was the involvement of its top members in corruption, which resulted in many criminal charges against them.

The contentious non-delivery of navy ships despite spending billions of ringgit is yet another aspect that could influence voter attitude on the subject of mismanagement prior to the 2018 elections.

The Cost of Living

While the Malaysian economy is forecast to grow by 4 to 5 percent next year, lengthy conflicts and supply chain disruptions around the world have caused prices to rise, particularly for food products.

55 billion ringgit will be budgeted for government subsidies, aid, and incentives, including 7.8 billion ringgit for a cash distribution program that will help 8.7 million individuals.

Approximately 450,000 low-income households will receive an additional RM2.5 billion in welfare aid, while the income tax rate for middle-income individuals will be decreased by two percentage points.

Despite the dissolution of the Malaysian Parliament, which rendered the plan moot, the finance ministry insists the budget will be reintroduced after the election.

The Democratic Action Party (DAP), a member of the opposition Pakatan Harapan (PH) coalition, asked former Prime Minister Ismail Sabri Yaakob not to waste MPs’ time by tabling and discussing the budget if he intended to dissolve parliament.

However, the finance ministry refuted such criticism, claiming that it was crucial for investors’ confidence and for enabling them to plan their next actions for the coming year.

Observers told CNA that the most recent budget is populist since it includes cash transfers and tax cuts for the majority of voters.

However, Mr. Hafidzi stated that voters will continue to examine whether they have faith in the existing administration to keep its commitments, taking into account alternative plans by opposition coalitions.

On October 20th, PH published the core tenets of its electoral agenda, which included aiding individuals in coping with the growing cost of living due to inflation.

Mr. Ismail Sabri lost no time in unleashing a salvo, declaring on the same day that the opposition’s election program from the previous election was filled with hollow promises that left people in limbo.

It has been asserted that PH’s failure to fulfill a lengthy number of electoral pledges has diminished the coalition’s legitimacy, which is now again led by former deputy prime minister Anwar Ibrahim.

Mr. Ismail Sabri contrasted the opposition’s bogus promises with his newest budget, which is ready for implementation.

After 60 years, the victory of the opposition in the 2018 election, which deposed the UMNO-led Barisan Nasional (BN) alliance, was hailed as a new dawn for Malaysian politics.

But less than two years into a five-year term, the electorate witnessed it all go.

Infighting over who would succeed Mr. Mahathir Mohamad as Prime Minister and a political maneuver nicknamed the “Sheraton Move” led to the fall of the PH administration, which was replaced by a new coalition led by Muhyyddin Yassin, president of Parti Pribumi Bersatu Malaysia (Bersatu).

This administration transition was highly criticized as a betrayal of the 2018 election results, which rejected the scandal-ridden BN as the federal government.

In August 2021, the prime minister ultimately resigned after months of political wrangling within the PN administration and a growing lack of faith in Mr. Muhyiddin’s leadership, notably in regards to the government’s handling of the COVID-19 epidemic.

Mr. Muhyiddin’s departure resulted in the return of BN to power with the appointment of Mr. Ismail Sabri as the country’s third prime minister in the past two years.

Mr. Ismail Sabri’s administration was not devoid of internal challenges despite its accomplishment in stabilizing the government, particularly with its cooperation with PH via a Memorandum of Understanding on bipartisan cooperation.

Mr. Ismail Sabri was compelled to dissolve parliament and pave the way for GE15 as a result of pressures exerted by portions of the UMNO’s senior leadership, along with persistent claims that the government was still unstable and in need of a fresh mandate.

The caretaker prime minister hopes that this election would provide his party with a mandate from the people and help dispel claims that his administration, like the one before it under Mr. Muhyyiddin, has been a backdoor government.

Analysts fear that the impression of political instability could reduce voter participation in GE15, particularly among those who normally vote for the opposition, due to disenchantment with the country’s political environment since the 2018 presidential election.

However, a low voter turnout is typically viewed as helpful for UMNO.