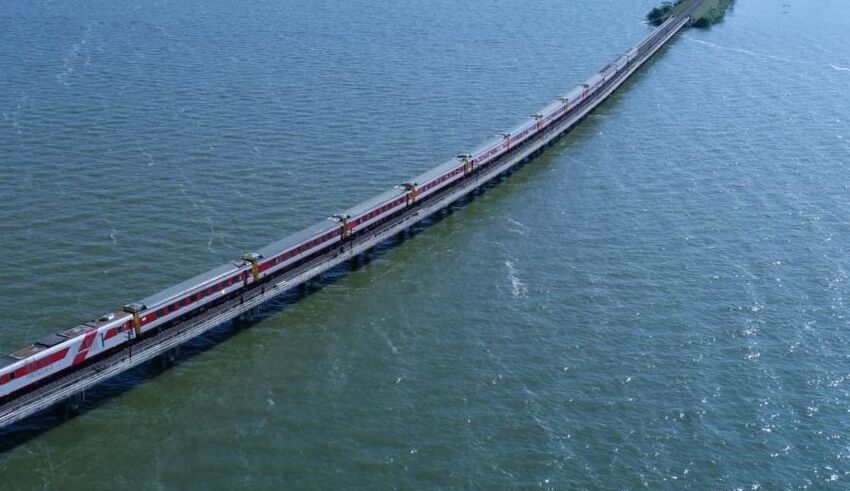 Bangkok's exciting weekend train service is expected to boost domestic tourism after the COVID-19 pandemic, according to the state railway's spokesperson.
(c) Coconuts

Beginning this coming weekend, passengers may bask in the winter wind while gliding by rail just over a big dam in central Thailand.

The State Railway will begin offering train tours beginning in the nation’s capital and ending in the province of Lopburi at a bridge that crosses the Pasak Jolasid Dam, which is the largest earth-filled dam in the country. This excursion, also known as the floating train trip or rot fai loi nam, typically operates during the winter months.

The itinerary calls for the train to depart the Bangkok Railway Station (Hua Lamphong) at 6 in the morning and arrive at the dam at approximately 10:35 in the morning. The highlight of the journey is a pause that lasts for thirty minutes and is situated halfway over the reservoir that is created by the dam.

The train will leave at 3:30 in the afternoon and arrive back in Hua Lamphong at 6:50 in the evening.

Flooding in central Thailand will continue for at least three weeks

According to Ekkarat Sriarayanpong, the spokesperson for the state railway, the weekend train service is anticipated to assist in bolstering domestic tourism in the wake of the COVID-19 pandemic.

Beginning this coming Saturday and continuing through the month of January, the “floating train” will operate on each and every weekend. The only weekend during which trains won’t run is the one between December 31 and January 1, which is the New Year’s weekend.

Prices range from THB330 (non air-conditioned) to THB560 (air-conditioned) for a round trip from Hua Lamphong station to the Pa Sak Jolasid Dam (with air-conditioned). Starting today, tickets can be purchased in person or online at any of the train stations located across the country.