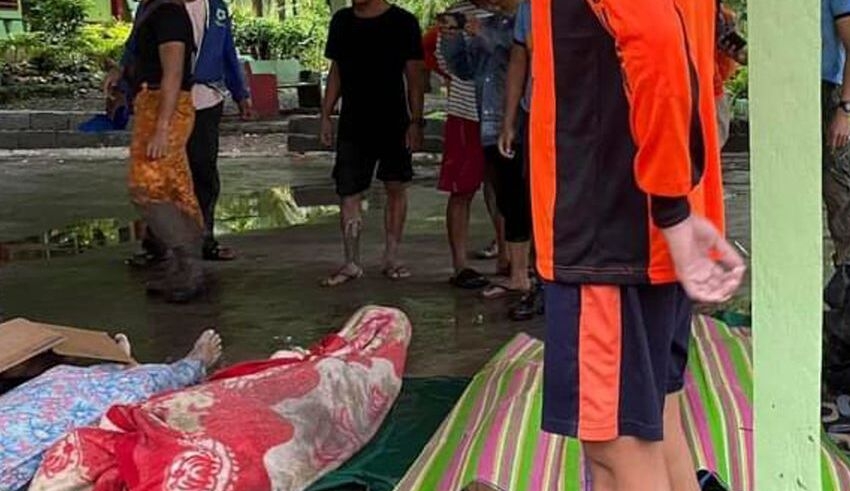 The missing student was found naked in the bushes and covered with a cement bag and dirt, which are clear signs of foul play, stirring suspicions of foul play
(c) Flipboard

Three days after her family reported her missing, two youngsters discovered the body of a high school student from the Ateneo de Naga University (AdNU) in Pili town, Camarines Sur, in the grounds of the provincial government complex on October 31.

The discovery of the body of Irish Mae “Mai-Mai” Payonga sparked outrage in the AdNU community when it was reported that she was found naked in the bushes, covered with a cement sack and dirt, which are indicators of foul play.

Payonga, an AdNU 12th grader (equivalent to senior high school), went missing on Friday, October 28, when she was scheduled to catch a bus to Pili for a church event.

Chuckie Solomo, 42, of Barangay Cadlan, Pili, reportedly reported the discovery of the body to police after 8 p.m. on Friday.

At 3 p.m. on that day, Solomo’s eight-year-old nephew and 12-year-old niece discovered Payonga’s body concealed with a bag of cement and earth.

The victim wore a black t-shirt, a denim jacket, pants, and a pair of white rubber shoes, none of which were on her when the children discovered her body.

Manguigad stated that Payonga was unfamiliar with the area and went for Ipil after receiving directions from a fellow Christian.

“On Friday at 8 p.m., she texted her mother that she would be returning home with her uncle,” she claimed.

According to her aunt, Payonga sent another text message to a friend at 5:44 stating that she was at the bus terminal on her way to the church event in Pili. That was the final known text message sent by her.

The 5’8″ student was last observed boarding a bus to Pili, but she never returned.

Manguigad stated that they discovered that Payonga took JC Liner Bus No. 1082, which left Naga at 5:44 p.m. that day.

She stated that Payonga’s family was investigating the likelihood that she took a pedicab to the conference center at approximately 6:30 p.m. after exiting the bus in Pili.

Part of an AdNU statement made on Tuesday, November 1 said, “We express our solidarity with her grieving family and friends during this time of unfathomable loss.”

It adds, “Let us be inspired by Irish Mae’s memory to strive ceaselessly for all victims of violence and injustice, and to declare ‘Never again!’ to the end of our days.”

Rivera reported speaking with Payonga’s mother, Elaine, and assuring her of the Ateneo community’s unwavering support in the wake of the tragedy.

He claimed, “When I asked her what the Ateneo students could do to help, she simply responded through text message, ‘We need prayers and justice for my daughter.'”

The students’ council declared, “It is disheartening and reprehensible that such a heinous and terrible act occurred. The suspect(s) and criminal intent have not yet been identified by the appropriate authorities. We also anticipate a steady progression of the investigation in order to apprehend the offender.”

The group added that murder should serve as a constant warning to students to remain vigilant.