The Asian Affairs > Latest News > Criminal > Who or what is to blame for Thailand’s worst mass murder? 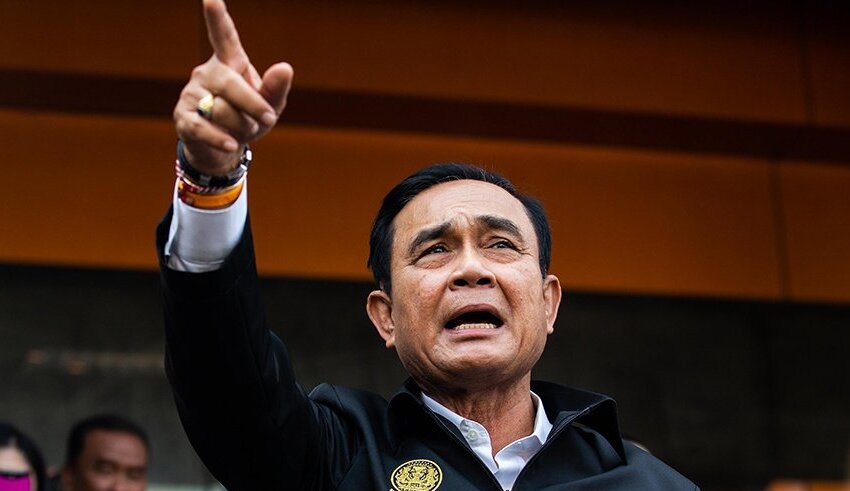 Last week, after a mass shooting at a daycare in northern Thailand that left 36 people dead, including 24 children, top Thai government officials advocated for stricter gun laws and a reinvigorated fight on narcotics. In the Na Klang area of northeastern Thailand, meantime, bereaved relatives gathered at Buddhist temples to participate in mass cremations for their deceased loved ones.

On October 6, the assailant, a former police officer, killed his wife and stepson before turning the pistol on himself. Khamrab attacked sleeping daycare children as well as an eight-months-pregnant teacher. The Royal Thai Police stated that Khamrab was sacked in June for possession of methamphetamine, and he was scheduled to stand trial the day following the slaughter.

The shooting at the Uthai Sawan Child Development Center has instilled the Thai people with fear, perplexity, anxiety, anguish, resentment, and loss. Many have attributed it to a variety of social, economic, and religious issues. From the viewpoint of Thai Christians, however, the true issue is the status of our sinful souls. The gospel alone will truly save Thai society (Col. 1:15-20). Let us examine each of these concerns in greater detail.

In the past four decades, I’ve observed a shift from an open-handed to a closed-fist stance in Thai society. Historically, Thai people were interdependent. It was customary to treat neighbors with courtesy and mutual respect.

Today, however, people are only kind to those within their own group. Instead of sharing, individuals compete for resources. Diverse political perspectives are dividing families, communities, regions, and the nation. This may have stopped Khamrab from obtaining the necessary assistance.

According to news reports, Khamrab frequently displayed aggressive behavior, sometimes drawing his police weapon and threatening individuals while intoxicated. Since high school, he had misused methamphetamine and continued to purchase it from drug smugglers while employed as a police officer.

Relatives of Khamrab reported that he begged the mayor for assistance with his drug issue, but his plea was rebuffed since combating drug addiction and smuggling was a monumental task that local authorities could not do alone. He sought a remedy by inflicting harm on others, his family, and himself.

People have debated since the mass murder what drove Khamrab over the edge. Some believe it stems from disputes with his wife. Others cited his financial difficulties since losing his work and the poor economic climate in Thailand as a result of the COVID-19 outbreak.

Numerous others questioned whether the nation’s gun control laws might have averted this incident and whether only police officers should be allowed to keep firearms. Yet, in many instances, shootings are triggered by the illegal possession of firearms. (Approximately forty percent of firearms in Thailand are unregistered.)

Some Thais believe that the incident was caused by the country’s moral shortcomings. In a country where 93% of the population is Buddhist, the prevalent slogan is “every faith teaches us to be decent people.” The typical Thai respects the faiths of others. But if religious ideas are beneficial to society, why did the shooting occur? Where were morality and religious doctrine?

It is erroneous to assume that Christian morality is bad; nonetheless, when faced with societal pressure, the average person does not adhere to moral standards. This contributes to many of the issues that exist in Thai society today.

Although several government and private organizations have responded to the attack with aid, I cannot attribute Khamrab’s actions to drug usage, gun control, or economic strains. We must examine the fundamental origins of Thai society through a biblical lens.