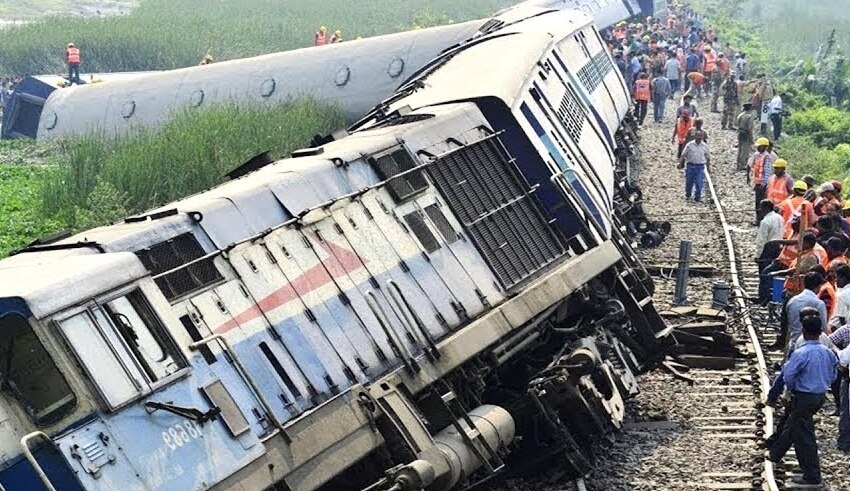 State Track of Thailand (SRT) officials said on Sunday that train travel on the railway connecting Thailand and Malaysia has been banned as officials investigate a bomb explosion that derailed a freight train early yesterday afternoon.

The explosion derailed 11 of the cargo train’s 20 cars and seriously damaged rail tracks in the Sadao area of Songkhla province, according to authorities. The explosion occurred yesterday at 12:50 p.m. and was triggered by an improvised explosive device, they reported.

No one was hurt during the explosion or derailment.

The SRT has already suspended three trains from using the route, two from Hat Yai to Padang Besar, Malaysia, and one from Padang Besar to Bangkok, according to Royumi Maroze, director of the SRT’s Region 4 operation centre.

He stated that the SRT would continue to investigate the blast site and evaluate the route’s safety.

The chief engineer of SRT’s rail maintenance division in Hat Yai, Panumat Phromchot, said that a team of experts will investigate the wrecked vehicles and the severely damaged tracks today.

After Saturday’s bombing, train service between Thailand and Malaysia has been suspended.

Saturday, the Songkhla Provincial Police commander, Major General Wara Vechapinan, led a team of officials, including bomb disposal specialists, in an investigation of the location.

Police hypothesized that insurgents were responsible for the explosion and that their objective was to deter tourism and damage economic growth, citing the fact that the governments of Thailand and Malaysia had planned to open the route to tourists between Hat Yai and Kuala Lumpur on weekends.

On September 16, a practice run on the route was favorably received by tourists.