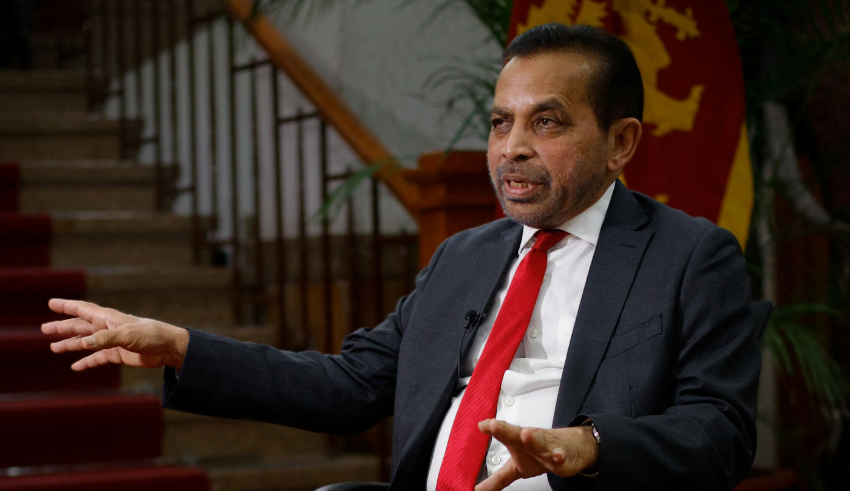 Negotiations for an emergency US$4 billion package to assist, to emerge from economic collapse, Sri Lanka asks aid from China with trade, investment, and tourism
(c) Reuters

Amidst negotiations for an emergency US$4 billion package to assist it to emerge from an economic collapse, Sri Lanka has urged China for support with trade, investment, and tourism to help it expand sustainably, Colombo’s envoy to Beijing said on Monday, July 25th.

Having depleted its foreign reserves, the island nation of 22 million people is experiencing its biggest economic crisis since gaining independence in 1948. The Rajapaksa family was overthrown by protesters who were dissatisfied with the government’s handling of the country’s gasoline, food, and medication shortages.

China is one of Sri Lanka’s two largest foreign creditors, alongside Japan; thus, Ambassador Palitha Kohona’s emphasis on China as essential to the country’s economic recovery is not surprising. About 10% of Sri Lanka’s external debt is held by China as well.

He added that Beijing might lend a hand by funding the massive port expansions in Colombo and Hambantota that are being sponsored by China. Kohona claimed that the COVID-19 outbreak had prevented a number of major Chinese investment projects from moving forward.

The number of Chinese visitors to Sri Lanka dropped from 265,000 in 2018 to nearly zero in 2019 as a result of suicide bombings and a pandemic.

Kohona said the next president of Sri Lanka, Ranil Wickremesinghe, intends to visit China to explore expanding business and tourism ties between the two countries.

Wickremesinghe has visited China before. In the hallway of the embassy where Reuters spoke with Kohona, a photograph of him shaking hands with Chinese President Xi Jinping during his visit to Beijing in 2016 as prime minister hung.

According to Kohona, the next administration would not drastically alter its approach to China.

Because of China’s position as a key global creditor, he said he understands why it is difficult for China to take immediate action to aid Sri Lanka at this time.

“Maybe if it was only Sri Lanka, then the decision-making would’ve been much easier.”

Talks for a US$4 billion aid package for Sri Lanka had been ongoing in China for some months and included a loan of US$1 billion to cover an approximately comparable amount of Chinese debt due this year.

As a means of financing the purchase of Chinese goods, it is requesting a credit line of up to US$1.5 billion. Kohona explained that his country imports a lot of things, including buttons and zippers because the garment sector is very profitable there.

To add to its list of goals, Sri Lanka seeks China to execute a US$1.5 billion bilateral currency swap.

According to Kohona, negotiations with China over financial aid are ongoing, but a future meeting has not yet been scheduled.

This month, China’s foreign ministry stated that Beijing is ready to collaborate with other nations and international financial institutions to “play a beneficial role” in assisting Sri Lanka.

Sri Lanka expects China to assist it in acquiring fuel, fertilizers, and other necessities in addition to financial aid.

In April and May, China promised Sri Lanka 500 million yuan (US$74.09 million) in emergency aid. Kohona remarked, “We need a lot more.”