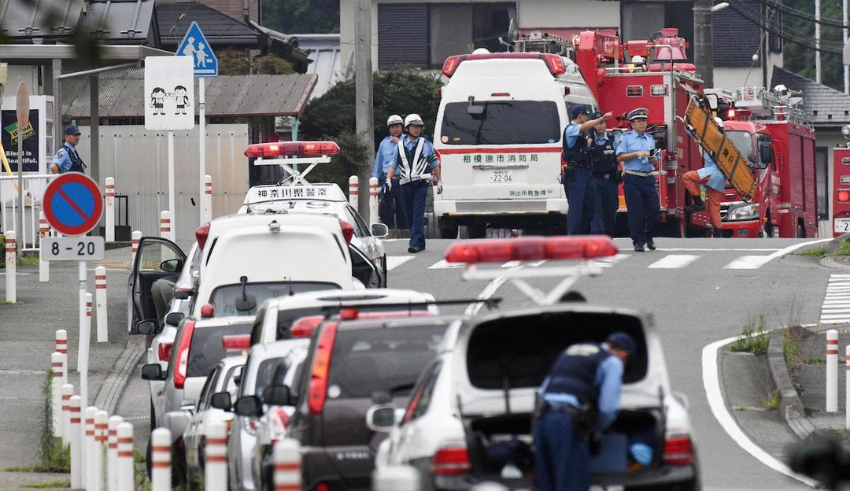 Japan executed a man, July 26th, for his role in the 2008 death of seven people in the Akihabara electronics neighborhood in Tokyo, he had a "strong intent to kill"
(c) The Independent

According to the Justice ministry, Japan hanged a man on Tuesday, July 26th, for his role in the 2008 death of seven people in the Akihabara electronics neighborhood in Tokyo.

The Justice Ministry has not immediately confirmed reports on NHK and other sites that Tomohiro Kato had been executed for the attack, which began with his driving a truck into a crowd.

There was “strong intent to kill,” Justice Minister Yoshihisa Furukawa stated, adding that Tomohiro Kato had done “meticulous preparation” for the attack.

“The death sentence, in this case, was finalized through sufficient deliberation in court,” he informed the media reporters.

“Based on this fact, I approved the execution after extremely thorough scrutiny.”

On June 8th, 2008, Kato embarked on a stabbing spree, later telling police: “I came to Akihabara to kill people. It didn’t matter who I’d kill.”

He was taken into custody soon after he plowed a rented two-ton truck into a gathering of pedestrians and then allegedly began randomly stabbing individuals.

“This is a very painful case that led to extremely grave consequences and shocked society,” on Tuesday, Furukawa made the announcement.

The police said that Kato posted details of his fatal drive to Akihabara on online message boards, using a mobile phone while at the wheel to vent about his job security and his lack of social connections.

Kato, the son of a banker, attended a prestigious high school in his home province of Aomori in northern Japan. He reportedly studied to become an auto mechanic after failing his university entrance examinations.

After sending a photo of himself, the woman Kato had been corresponding with online stopped responding to his emails, which the prosecution claims severely damaged Kato’s self-esteem.

Prosecutors claim that his hatred of society deepened as he received no response to his threats of violence posted on an online forum.

As he awaited trial, Kato penned an apology letter to the cab driver, 56, whom he had hurt during the stabbing spree.

Innocent people “were enjoying their lives, and they had dreams, bright futures, warm families, lovers, friends, and colleagues,” Kato wrote the piece based on an original that appeared in the Shukan Asahi weekly. Plus, he expressed regret before the court for the attack.

“Please let me use this occasion to apologize,” to repent for the bloody rampage that left ten people injured, he said.

Since the massacre in 2008, Japan has made it illegal to own a double-edged knife with a blade longer than 5.5cm and enforced a maximum penalty of three years in prison or a fine of half a million yen for those who do.

Kato was condemned to death in 2011 for the attack, which was the deadliest mass killing in Japan in seven years and was upheld by the country’s highest court in 2015.

After three inmates were hanged in December 2021, Kato’s execution is the first in Japan this year. This was the first round of executions to take place during Prime Minister Fumio Kishida’s tenure, and it followed a two-year moratorium.

Despite widespread international condemnation, Japan is one of the few wealthy countries that still use the death sentence.

Most people are put to death by hanging, and the process typically takes a very long time. The number of Japanese prisoners on execution row is over 100.

Advocacy groups throughout the world have spoken out against Japan’s death penalty system, which allows condemned criminals to spend years in solitary confinement before being informed of their execution just hours beforehand.

Execution on Tuesday marks the one-year anniversary of the Sagamihara rampage at a crippled care facility in 2016, in which 19 people lost their lives.

And on July 26th, 2018, Japan executed six members of the Aum Shinrikyo cult for their roles in the 1995 sarin attack and other crimes.