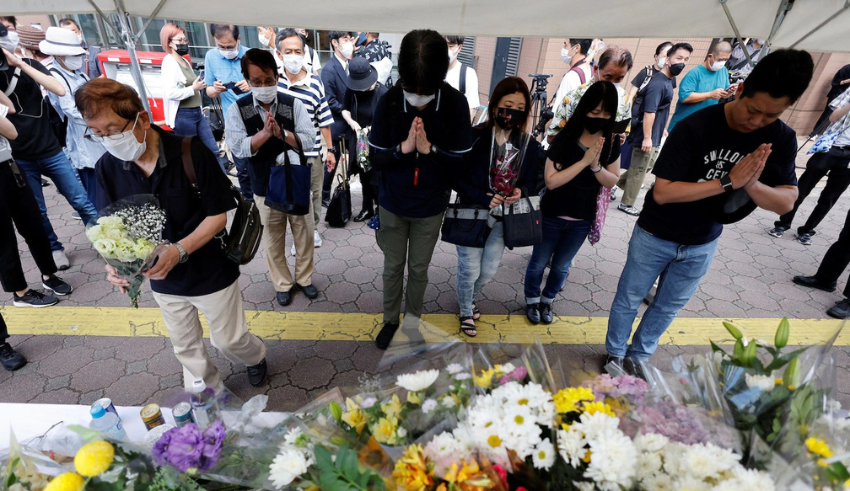 The suspect in the assassination of former Prime Minister Shinzo Abe earlier this month has had his imprisonment extended by a Japanese court for an additional ten days, pending the filing of official charges.

The assassination of Japan’s most influential leader, Abe, in the western city of Nara on July 8 shocked a nation famed for rigorous gun control and safety.

Tetsuya Yamagami, 41, the alleged assassin, was taken into custody shortly after the shooting and is currently being held for questioning. He can be held until prosecutors make a decision on whether or not to file formal murder charges on July 29.

Japan’s navy veteran, Yamagami, allegedly confessed to killing former Prime Minister Abe because of purported affiliations to an anti-Japanese religious group that he despised. Unification Church donations had left the family broke, and Yamagami was allegedly distraught about it.

The day before the incident, Yamagami allegedly wrote a letter to a journalist in which he claimed that his mother’s excessive spending was the cause of his family’s financial ruin because of her religious commitment. He claimed that the event “distorted my entire life.”

The one-page typed letter apparently stated that Abe was not the primary target despite feelings of animosity toward him. “Sympathizers,” he continued, were only a fraction of the members of the church’s founding family, and it would be difficult to kill all of them.

In the letter, Yamagami purportedly stated that he no longer had the mental capacity to consider the political ramifications of Abe’s death.

In the highlands and at a branch of the Unification Church, police said the guy shot at least two of his powerful homemade guns.

Press were assured on Tuesday by MSF commander Ryo Sakai that his troops were completely cooperating with police inquiries. Yamagami, who served on a destroyer stationed in Hiroshima, probably learned more about firearms than the average Japanese citizen, despite the fact that the military does not teach sailors how to make their own weapons.

On Tuesday, senior LDP MPs urged the party’s members to get ready for Abe’s state funeral. Abe was cremated during a private service held at a Tokyo Buddhist temple on Tuesday, but Kishida has announced preparations for a formal funeral, which will double as a diplomatic gathering, for the fall. More than a hundred countries have extended their condolences in response to the news of Abe’s death.

Opposition organizations have reacted differently to the idea of holding a national burial for a leader whose arch-conservative ideologies have caused societal division.