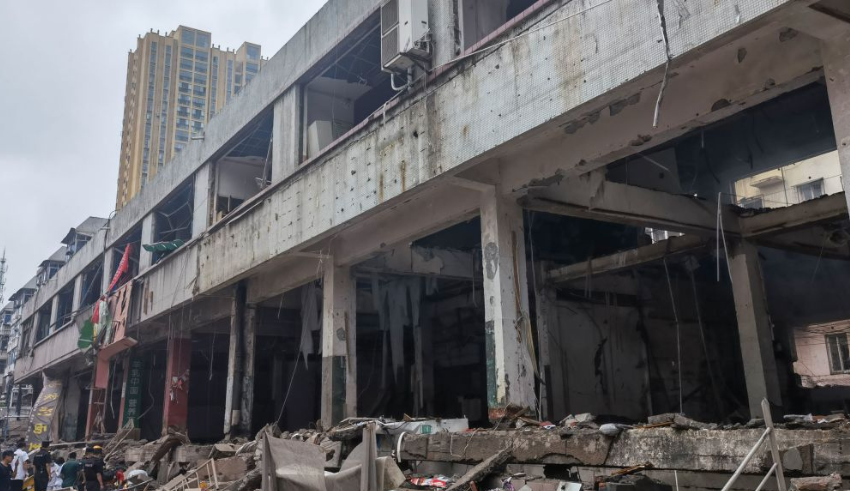 After a gas explosion following a partial building collapse in the northern Chinese port city of Tianjin on Tuesday morning, three people have been missing since
(c) CNN International

Three people are still unaccounted for after a gas explosion following a partial building collapse in the northern Chinese port city of Tianjin on Tuesday morning.

A full investigation into the incident is still ongoing. Nevertheless, it appears to speak to the deterioration of infrastructure following over three decades of fast economic expansion.

As a result, people’s standard of life has increased dramatically, despite the fact that environmental and safety regulations have been mostly ignored.

The six-story structure was reduced to rubble. The ensuing explosion, according to the official Xinhua News Agency, occurred at about 7:15 a.m.

No significant damage to adjacent flats could be seen in photos taken on the scene when the building’s upper stories fell in.

Beijing can be reached by train in about an hour, and Tianjin has long been regarded as one of China’s most advanced and globally connected cities.

In 2015, a large explosion occurred at a chemical warehouse in Tianjin, which resulted in the deaths of 173 individuals, the majority of whom were firefighters and police officers. It was discovered that the chemicals had been improperly registered and stored, and it was discovered that local officials had been complicit in turning a blind eye to the possible hazard.

Natural gas pipes, which are used for cooking, heating, and power generation, are a particular worry for China as it replaces infrastructure that is several decades old.

As a result of a leak in subterranean pipelines, 62 persons were killed in an explosion that occurred near the port of Qingdao in the northeastern region of China in 2013.