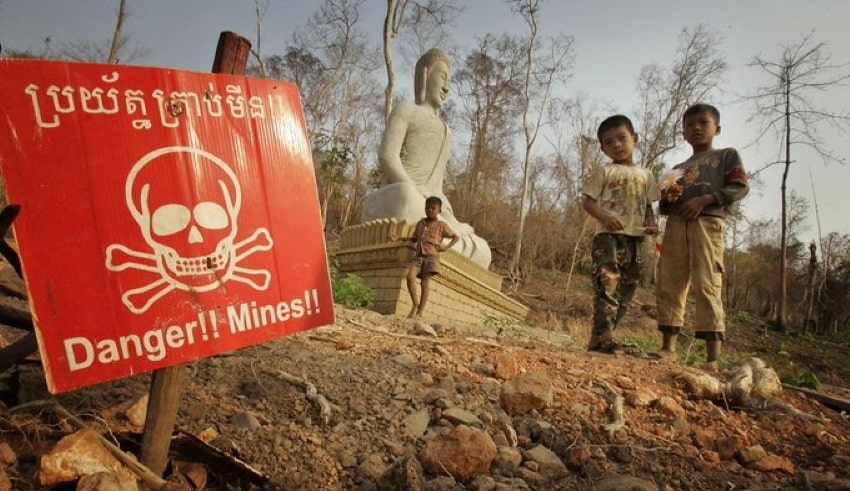 An anti-tank mine left over from Cambodia's civil war burst on Monday, killing three members of a local demining crew while they worked.
(C) TheHALOTrus

Cambodia – According to their organization, an anti-tank mine left over from Cambodia’s civil war burst on Monday, killing three members of a local demining crew while they worked.

In a Facebook post from Cambodia Self Help Demining, the team of professionals had been reacting to a warning in the northern province of Preah Vihear. In the 1990s, the region experienced fighting between government troops and communist Khmer Rouge militants.

“There was an explosion, resulting in the deaths of three members of the team and the wounding of a fourth,” Bill Morse, the American founder of the Landmine Relief Fund, a U.S. nonprofit that assists Cambodian deminers, said on Facebook. “An investigation into the situation has started and will continue.”

From January 1979 to July 2021, land mines and other explosive remains of war caused 64,950 casualties, including 19,806 fatalities, according to the Cambodian Mine Action and Victim Assistance Authority. It was said in the report that the number of annual fatalities has decreased from 4,320 in 1996 to 65 in 2020.

Heng Ratana, the head of the Cambodian Mines Action Center, the government organization in charge of mine clearing, claimed the anti-tank land mine was to blame for the fatalities on Monday. He said that around 20 minutes before it burst, another unexploded bomb in the same area killed a peasant who was clearing land to grow cassava.

The identities of the victims were not immediately made  available.

“These heroic guys have risked everything for years in the service of their nation and mankind,” said Morse, a supporter of their cause in the United States. “On Monday, they gave their life to ensure the safety of others. We pay tribute to their life and sacrifice.”