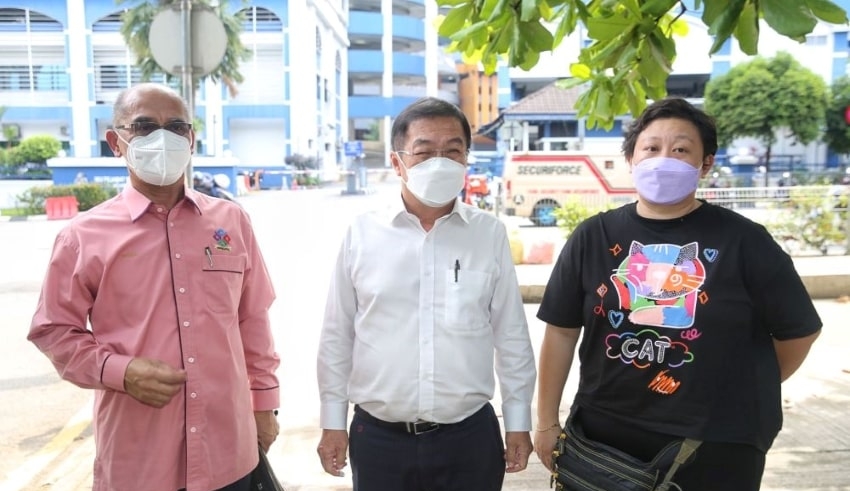 Key players in the campaign fighting the proposed extension of a flyover on Jalan Yew, where thousands of small-time vendors have traded for centuries, have been arrested.
(C) Malay Mail

Malaysia – Key players in the campaign fighting the proposed extension of a flyover on Jalan Yew, where thousands of small-time vendors have traded for centuries, have been arrested.

Tan Kok Wai, a DAP member from Cheras, Datuk Rosli Sulaiman of the Federal Territories Bumiputera Traders and Hawkers Association, and Chai May Li, secretary of the newly formed anti-project action committee, were all summoned to the Dang Wangi district police headquarters yesterday evening for questioning.

“They’re looking into us in reference to the gathering on December 31st, 2021,” added the DAP leader.

“However, we haven’t been charged yet,” he continued.

Traders in one of the capital city’s oldest marketplaces have banded together to create an action group to resist the proposed construction of the Jalan Yew-Sungai Besi flyover, fearful of being evicted.

Tan and other multiracial core members, largely small businessmen and residents organisations, announced the foundation of the committee on December 31 last year.

The DAP leader had called the proposed enlargement of the busy flyover as “damaging” to the lives and livelihoods of surrounding people and merchants, and compared it to a “man-made disaster” while working as an advisor to the action committee.

He chastised the Kuala Lumpur City Hall (DBKL) and the federal government for approving the project, claiming that the decision was disrespectful to the small shopkeepers who had been trading there for centuries.

As part of a media event to announce the committee’s creation and collect comments from residents and merchants, the group marched along the Pudu market area and Yew road.

There has been no social or environmental research done.

Following the overwhelming support for the action committee demonstrated during the December 31 gathering, Tan said that a meeting with the DBKL was conducted on January 5. The DAP leader noted that the DBKL had notified them of its plans to redo the original expansion, but that the project would still have an effect on the community