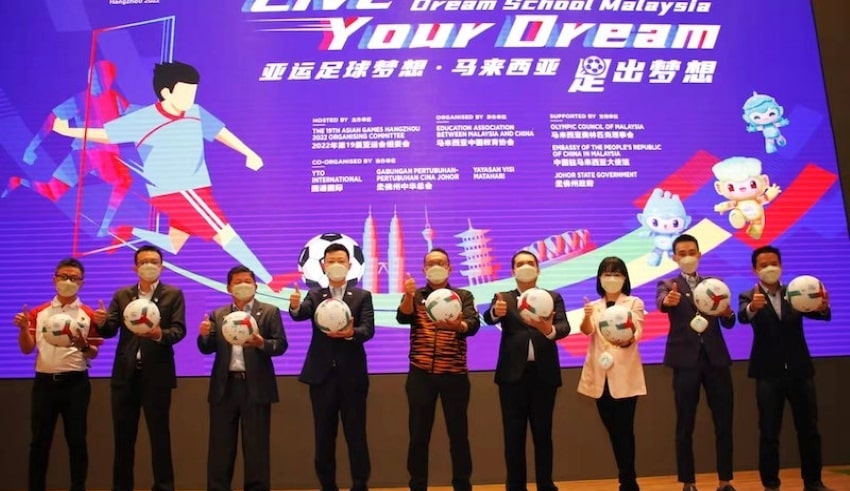 As part of a countrywide charity initiative, students from 139 local schools around Malaysia may now follow their football dreams.
(C) Malay Mail

ASEAN – As part of a countrywide charity initiative, students from 139 local schools around Malaysia may now follow their football dreams.

The initiative, which was jointly established with the Youth Football Growth Charity Fund, is an important milestone for Asian Games public welfare growth.

The program, according to EAMC president Jiang Zhongqi, seeks to give equipment assistance, course contributions, growing companionship, as well as charitable summer camps and friendly matches from February to May 2022, leading up to the Asian Games in September.

Jiang said that many students will benefit from the program as they follow their football dreams.

“As the designated organizer of this charitable activity in Malaysia, we at EAMC feel honoured.”

The Malaysian Olympic Council, the People’s Republic of China embassy in Kuala Lumpur, and the Johor State Government will all support the proposal.

YTO International will aid with the cross-border transportation of equipment and supplies from China to Malaysia, while the Federation of Chinese Association Johor and Yayasan Visi Matahari will promote and publicize the charity initiative.

Genovasi University College, according to Jiang, will be the first educational institution in Malaysia to be an official partner of the program and will provide seminars and friendly matches for the participating schools.

The project was recently inaugurated at Wisma Huazhong in Serdang, with a signing ceremony to officially establish the charity program.