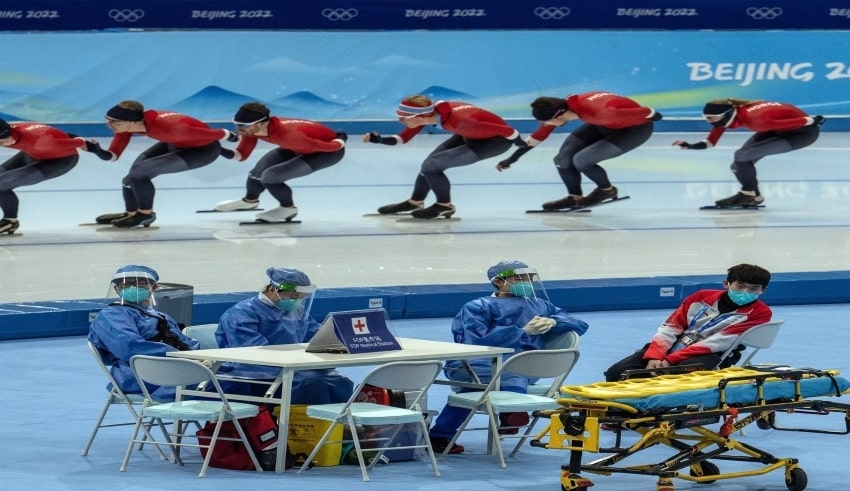 Daily Covid-19 cases at the Beijing Winter Olympics, showed a rise in the number of infections among athletes and team officials. The csesa surged to 19 from two a day earlier
(C) wjs

China – Daily Covid-19 cases at the Beijing Winter Olympics, showed a rise in the number of infections among athletes and team officials. The csesa surged to 19 from two a day earlier, while organizers warned that additional cases would be reported in the following days.

According to the Games’ medical director, Dr. Brian McCloskey, “we are just entering the peak time of people coming in China, therefore we anticipate to see the biggest numbers at this point.” McCloskey said during a press conference.

Covid-19 infections are unlikely to spread to the general population, according to McCloskey, who stated organizers are “confident” in their system of Covid-19 prevention.

The Intense Issue Over EJ Obiena and PATAFA Strengthens

According to a Reuters calculation of previous statements, infections among athletes and team officials have surpassed those among “other stakeholders,” which includes the media, sponsors, and staff, for the first time since China began publishing daily statistics of Olympics-related coronavirus cases on Jan. 23.

“The fact that you have to wake up a little earlier every morning, in order to obtain a PCR test, is inconvenient.” Anton Slepyshev, a Russian ice hockey player, told the RIA news agency that in a few days, it will be “as routine as brushing your teeth.”

The general consensus is that the test result will be positive on the spot, which is understandable. However, the truth is that we are forced to coexist with Covid in our daily lives. In his words, “We are willing to embrace all of the dangers and concerns.”

In a bubble that has been walled off from the rest of China, where the government’s zero-tolerance Covid-19 policy has all but closed the country’s borders to overseas visitors, the Games will take place from yesterday through February 20.