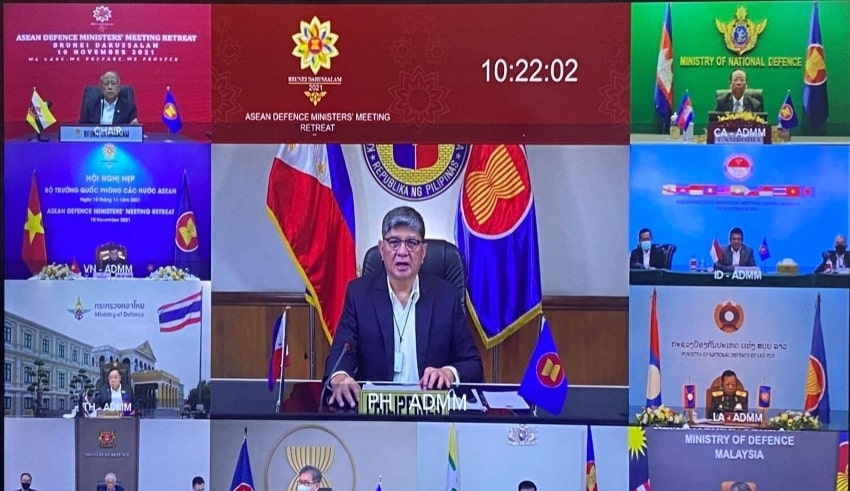 Defense ministers from ASEAN Nations and their dialogue partners recently convened to explore measures to boost their relationship and cooperation in the face of a variety of regional security concerns, according to the Department of National Defense (DND).
(C) mb

ASEAN – Defense ministers from ASEAN Nations and their dialogue partners recently convened to explore measures to boost their relationship and cooperation in the face of a variety of regional security concerns, according to the Department of National Defense (DND).

DND spokeswoman Arsenio Andolong said that they also recognized the importance of preparing the ADMM’s future, particularly in its connections with the ADMM-Plus, as well as ASEAN’s allies and dialogue partners.

On the margins of the event, there were also casual discussions with the defense ministers of Australia and the Republic of Korea (ROK).

Nadiah Wan, one of Forbes Asia’s 20 most influential businesswomen

Andolong said that the Defense Ministers expressed perspectives on regional security problems at the ASEAN-ROK and ASEAN-Australia informal meetings, and confirmed intentions to deepen relationships and collaboration with ASEAN at the center.

“Through the ADMM-Plus, both the ROK and Australian Defense Ministers seek to continue and enhance collaboration with ASEAN,” he added.

The ASEAN Defense Consultative and Cooperation Institution (ADMM) is the top defense consultative and cooperative mechanism in the region. Its goal is to promote regional peace and stability via discourse and military and security cooperation.

Meanwhile, the ADMM-Plus serves as a venue for the ten ASEAN nations and their eight dialogue partners to expand security and military cooperation in the area for the sake of peace, stability, and prosperity. The Philippines, Indonesia, Cambodia, Malaysia, Thailand, Singapore, Myanmar, Vietnam, Brunei, and Laos are members of ASEAN, while Australia, China, India, Japan, New Zealand, Republic of Korea, Russia, and the United States are dialogue partners.