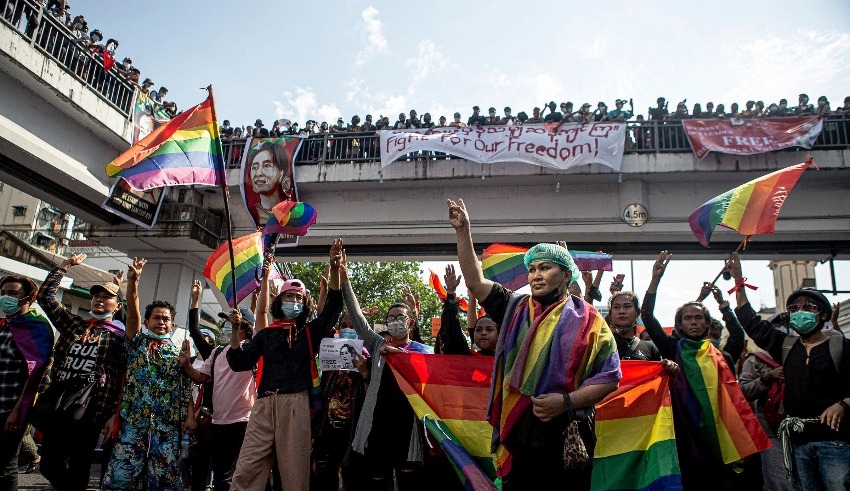 Any kind of LGBTQ+ activism should show respect for the principles that the Muslim community upholds as important in the practice of its faith and tradition.
(c) TIME

According to a statement issued by the Islamic Religious Council of Singapore (MUIS) in a media release on Monday, any kind of LGBTQ+ activism should show respect for the principles that the Muslim community upholds as important in the practice of its faith (Aug 22).

During his speech at the National Day Rally on Sunday, Prime Minister Lee Hsien Loong made the announcement that the government will repeal Section 377A of the Penal Code. This will result in the revocation of a provision that dates back to the colonial era and criminalizes male-on-male sexual activity.

According to what Mr. Lee indicated, the government will also work to modify the Constitution in order to prevent the legal definition of marriage from being challenged on constitutional grounds in the judicial system. This definition states that marriage must take place between one man and one woman.

In its statement, MUIS emphasized the significance that Islamic law places on human dignity, as well as respect and harmonious interpersonal relationships.

“As we traverse the complicated socio-religious concerns of today, these values are absolutely essential. As Muslims, we are obligated to treat everyone with the utmost respect and dignity at all times. Everyone, regardless of their sexual orientation, must experience a sense of safety in our community and the institutions that make up our society.”

“As a result, Muslims ought to uphold the best of character, charity, and compassion, in interacting with others, especially with those with whom we disagree,” it stated, adding that it rejects any kind of bullying or harassment in any form.

The Mainstream and Faith Communities Must Be Allowed to Continue Educating Members of Their Own Communities in Accordance with Their Beliefs and Values, According to MUIS’s Statement. The Public Domain Must Continue to Provide a Safe Environment for These Communities.

“If our religious values and beliefs are openly and aggressively questioned, this will inevitably alter the public realm into one that is one that is hostile and divisive.”

“We need to make it a priority to prevent any differences in orientation and viewpoint from escalating into fights and conflicts that would bring our society to a lower level.”

The Marriage and Family Institute of Singapore (MUIS) applauded the initiatives taken to fortify marriage as a social institution in Singapore.

This is in conformity with the teachings of Islam, which place a strong emphasis on the establishment of families through the marriage of males and females as the primary means by which society is built and maintained. In addition, the religion of Islam outlaws any and all other types of sexual relationships and partnerships.

Singapore has “zero margin for error” in terms of leadership, according to Prime Minister Lee

The council made the following statement in response to the question: “We have also urged the Government to consider our stance as it deliberates on regulations that are appropriate for Singapore in the preservation and enhancement of the institution of marriage.”

MUIS went on to say that there are members of the Muslim community who may claim belief in Islam but who may identify themselves in different ways with regard to questions of sexuality and gender. There have also been efforts made to reinterpret religious scriptures in an effort to discover a religious justification for the decisions they have made.

“It is reasonable to anticipate that individuals will hold various worldviews and value systems. We are instructed not to judge or condemn other people, even though their behaviors are clearly detrimental or immoral, as this is contrary to the teachings of Islam.” The statement continued by saying that “our responsibility is simply to offer assistance and wise counsel based on the principles of our faith.”

“In dealing with the teachings of our faith in a society that is increasingly complex and secular, this is without a doubt a significant test of our capacity for empathy, respect, compassion, and principled-ness.”

“It takes a careful balance and ongoing engagement with knowledge and compassion,” MUIS added, “so that we can co-exist peacefully despite variations in worldviews and orientations.”

According to the Muslim United Islamic Society (MUIS), the most effective means of preserving the religious traditions and way of life of the Muslim community in Singapore is to actively educate Muslims with values and principles. Everyone in the community, but especially the younger members, needs to be involved and given the ability to make decisions regarding ongoing problems.

“We need to establish the correct balance in order to ensure that we continue to hold on tight to our religion and yet stay compassionate in our dealings with others,” it stated. “We need to strike the proper balance.”

The Muslim University in the Arabian Peninsula (MUIS) stated that those who profess the Muslim faith but confront their own challenges with discreetly reconciling this with their sexuality deserve respect and should not be blamed or vilified for doing so.

The council also stated that it acknowledges the need to improve and enhance the competencies of religious teachers and counselors and that it will work toward this goal. In particular, how the morals and teachings of Islam can be “sensitively taught” to such individuals in a way that maintains their dignity and protects their privacy at the same time is a question that needs to be answered.

When speaking about this topic, AMP encouraged members of the Muslim community to maintain their composure and have a courteous tone.

In an interview with CNA on Sunday, the Mufti of Singapore, Dr. Nazirudin Mohd Nasir, stated that the repeal of 377A is a very complicated social issue that requires everyone, including the government and religious organizations, to perform a “difficult balancing act.”