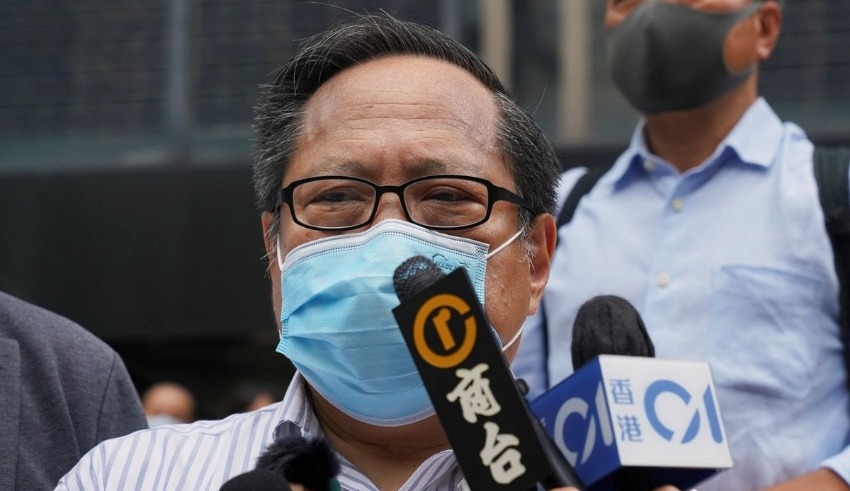 After being held in jail for more than a year on claims related to a national security investigation, veteran pro-democracy lawmaker Albert Ho was granted bail
(c) The Globe and Mail

After being held in jail for more than a year on allegations related to a national security investigation, veteran pro-democracy lawmaker Albert Ho was granted bail on Monday, August 22, by a court in Hong Kong. The charges were related to the investigation.

Ho, who is now 70 years old, was the leader of the Democratic Party, which is the city’s main opposition group. He is also a lawyer who owns his own law business.

A magistrate from a lower court had earlier decided against granting him bail. According to reports in the media, he is not in good health and suffers from lung cancer.

In his verdict, High Court judge Johnny Chan made a reference to Ho’s health and issued a stern warning that if the defendant undertook any conduct that endangered national security, “his bail will be revoked and he won’t be allowed to obtain any kind of private medical care.”

In exchange for his release on bond, he must hand over all of his travel documents, refrain from speaking publicly or in the media about topics that could threaten the nation’s security, and give up any privileges that would allow him to meet with foreign officials.

Given their leadership roles in a group that has since been disbanded and is now known as the “Hong Kong Alliance in Support of Patriotic Democratic Movements of China,” Ho, along with two others, Lee Cheuk-yan, 65, and Chow Hang-tung, 37, are accused of inciting subversion of state power in violation of a China-imposed national security law. This accusation is leveled against all three individuals.

The court was also presented with additional information regarding the case, which included a claim made by the prosecution that one of the Alliance’s “operational goals” was to “end one party dictatorship,” commonly known as to topple the Communist Party of China.

After the Chinese military violently suppressed and killed pro-democracy activists in and around Tiananmen Square in Beijing in 1989, the Alliance was formed as a direct response.

In order to pay tribute to those who had lost their lives as a result of the crackdown, the group held an annual vigil in Hong Kong that featured candlelight.

Pro-democracy politicians and activists claim that Beijing and the city’s government are undermining those freedoms, including with the national security law. The former British colony was returned to Chinese rule in 1997 under the “one country, two systems” formula, which was intended to preserve a variety of freedoms. However, the formula was not successful in doing so.

Officials from both China and Hong Kong have denied this and have stated that involvement from outside nations poses a threat to the profitability and stability of the financial hub.