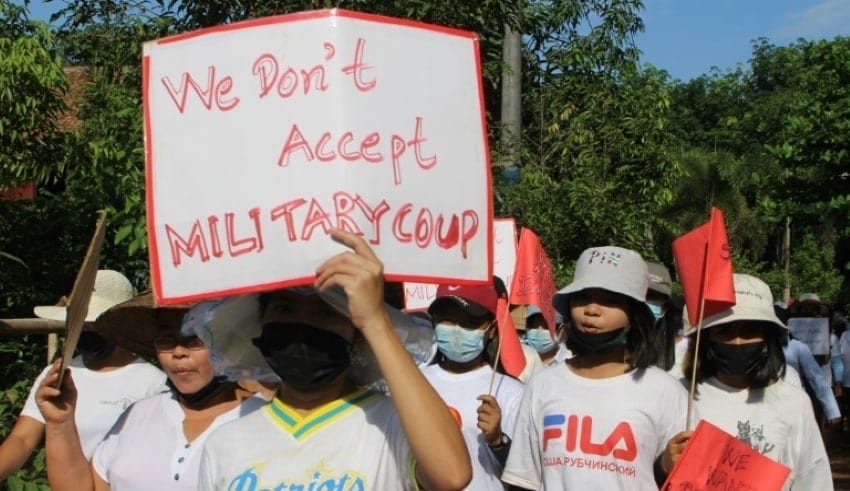 Thailand is seeking ‘humanitarian’ solution for the three Myanmar journalists that have been detained following the escape attempt from the military crackdown.
(C) barrons

Thailand is seeking ‘humanitarian’ solution for the three Myanmar journalists that have been detained following the escape attempt from the military crackdown. The Democratic Voice of Burma (DVB) together with the Thai foreign correspondent’s club has urging the authorities to not deport them and has given them warning as there could be danger awaiting them if they return to Myanmar.

Myanmar has been in turmoil ever since coup hit the country, ousting the democratic leader  Aung San Suu Kyi, and the military seizing power. This has caused mass uprising in the entire country which led to large crowd of people protesting for democracy. The military junta however, responded using force where they shot protesters and arrested journalists as well as shutting down news outlets.

The Thai authorities have confirmed the arrests while Tanee Sangrat, the foreign ministry spokesman said that they were looking for a way out of the case. He told the reporters that what the authorities are coordinating among each other to find a possible humanitarian solution(s) to the case at hand.

The DVB also mentioned that the group that was arrested during a random search in the northern city of Chiang Mai will be appearing in court on Tuesday to face legal charges against them for crossing the border and entering the country.

The DVB chief editor Aye Chan Naing said that they have been strongly urging the Thai authorities to not resort to deporting them back to Burma as the life of the journalists could be in serious danger if that will be the case. Burma is the old name of Myanmar. The Foreign Correspondent’s Club of Thailand has raised it to the authorities that deporting the journalists would certainly pose threat as they will be facing “certain arrest and persecution, if not worse”. The club also stated that the world is watching as to what steps the Thai authorities will take regarding the pressing matter as this is a very vital case for press freedom in Myanmar and the region.