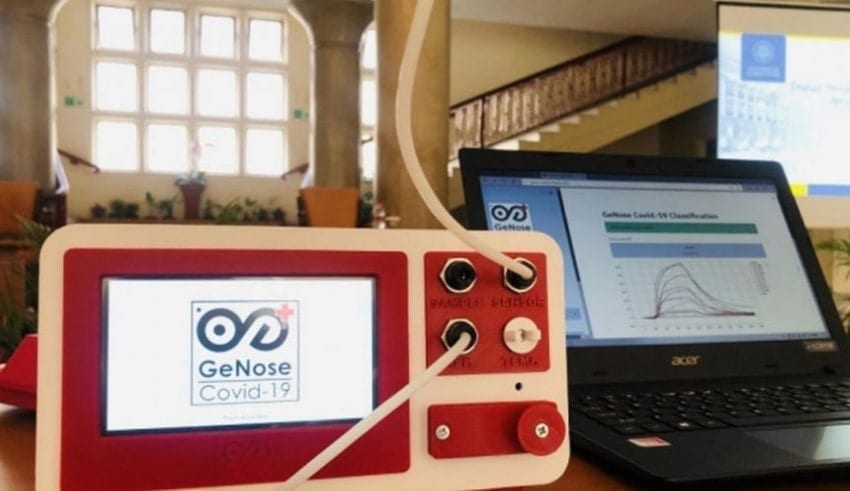 Who would imagine this new rapid test that will soon be launched by Indonesia, which can analyze breath samples and detect infection with Covid-19 within a few minutes will set it’s plan soon.
(C) straitstimes

Who would imagine this new rapid test that will soon be launched by Indonesia, which can analyze breath samples and detect infection with Covid-19 within a few minutes will set its plan soon. The test is organized to use the GeNose C19 breathalyser developed by researchers at Gadjah Mada University.

In view of this, Professor Kuwat Triyana, who heads the study team shared that after the Ministry of Health approved a distribution permit for their use, 100 breathalysers will initially be distributed for massive screening in public areas, such as airports, train stations, and hospitals.

A single examination, which entails the preparation of breath samples, takes just three minutes and the result is ready in only two minutes. It costs between 15,000 rupiah (S$1.40 and S$2.35) and 25,000 rupiah. Consequently, It is estimated that each of the 100 units from the first batch to be issued will be able to conduct 120 checks, or to cover a total of 12,000 people per day.

The development team aimed at creating 10,000 breathalysers by the end of February to test 1,2 million individuals per day. Certainly, these numbers are not our end target. But, with the opportunity to test as many patients as possible, ideally we will find people without any signs that develop Covid-19 and isolate or cure them quickly to split the infection chain.

A consortium of five firms, sponsored by the State Intelligence Agency and the Ministry of Science and Technology, has dedicated itself to promoting the development and delivery of diagnostic instruments. Indonesia, which confirmed the first two cases of Covid-19 in early March, has failed to achieve effective ground-based infection detection monitoring.

Another thing, a polymerase chain reaction (PCR) tests, set as the basic diagnostic procedure by the World Health Organisation (WHO), are expensive and could surpass two million rupiah, busting the 900,000 rupiah limit for the price of the tests given by the health authorities at the beginning of October.

For large screening, the much cheaper rapid antibody tests have been commonly used, and antigen tests have recently been needed for flight. It is recommended that those who are tested positive undergo the PCR exams. Meanwhile, Dr. Windhu Purnomo, a Surabaya-based Airlangga University epidemiologist, told that breath analysis is only suitable for massive screening and can not be used to render a diagnosis, like other research methods.

Morever, The WHO has recommended that at least 1,000 tests per million of its population a week be carried out by a government. Meanwhile, Indonesia, the world’s fourth-most populated country with about 270 million inhabitants, can conduct approximately 270,000 tests a week on the basis of this advice.

Surprisingly, The Minister of Trade, Muhammad Lutfi, has shared that he accepts the utiliz…