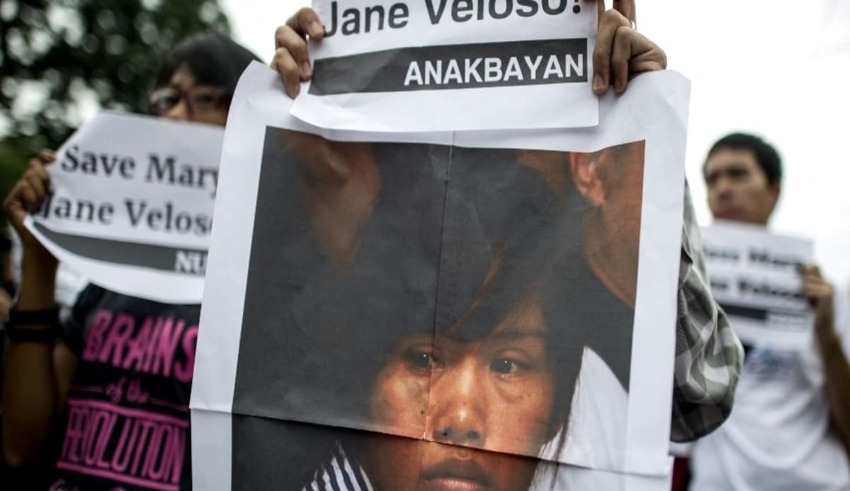 Her defenders allege that she traveled to Indonesia in search of work as a maid and was tricked into transporting heroin by an international criminal gang.
(c) TODAY

The Philippines has made another high-level effort to preserve the life of a Filipino lady who is currently on death row in Indonesia. According to the press secretary for President Ferdinand Marcos Jr. on Tuesday (September 6), the Philippines has requested clemency for the drug trafficker.

Mary Jane Veloso was apprehended in Indonesia in 2010 as she was transporting a bag that contained 2.6 kilograms of heroin. She was eventually condemned to death for her role in the incident.

The woman, who was a mother of two at the time, was granted a short reprieve in 2015 after a woman who was suspected of recruiting her was arrested in the Philippines. She was on the verge of being executed when she was granted the reprieve.

During a meeting with his Indonesian counterpart Retno Marsudi on Sunday in Jakarta, Philippine Foreign Secretary Enrique Manalo submitted a request for “executive clemency” for Veloso. The discussion took place on the margins of a state visit by Marcos.

Trixie Cruz-Angeles, the press secretary for Marcos, was quoted in a video that was broadcast on Twitter as saying, “Foreign Minister Marsudi said she will consult the Ministry of Justice on the situation.” The statement was based on information provided by the foreign ministry.

Anti-drug legislation in Indonesia is often ranked among the most stringent in the world.

The case of Veloso has garnered a significant amount of attention in both the Philippines and Indonesia. Supporters have held protests, and boxing legend Manny Pacquiao has pleaded for her life to be spared.

As subsidies soar, Indonesia is forced to raise fuel prices

Her defenders allege that she traveled to Indonesia in search of work as a maid and was tricked into transporting heroin by an international criminal gang while she was there.

Cruz-Angeles reported that the help provided to Veloso by the Philippine embassy has been “constant,” and that Veloso is currently in “excellent condition” at the Wonosari Women’s Penitentiary in Yogyakarta.

In 2015, the then-president of the Philippines, Benigno Aquino, requested that Veloso be made a witness against a human trafficking organization that had misled her into transporting drugs. As a result, Indonesian President Joko Widodo halted Veloso’s execution in response to Aquino’s request.

According to Aquino’s spokesman in 2015, the former president had made multiple pleas for clemency on Veloso’s behalf, beginning in 2011.

Widodo, however, said that Aquino’s successor, Rodrigo Duterte, the fiery dictator, gave him permission to carry out the execution of the Filipina in 2016. This encounter took place in 2016.

The Philippines refuted the claim and stated that Duterte had only committed to respect the outcome of the court process in Indonesia, regardless of the circumstances.