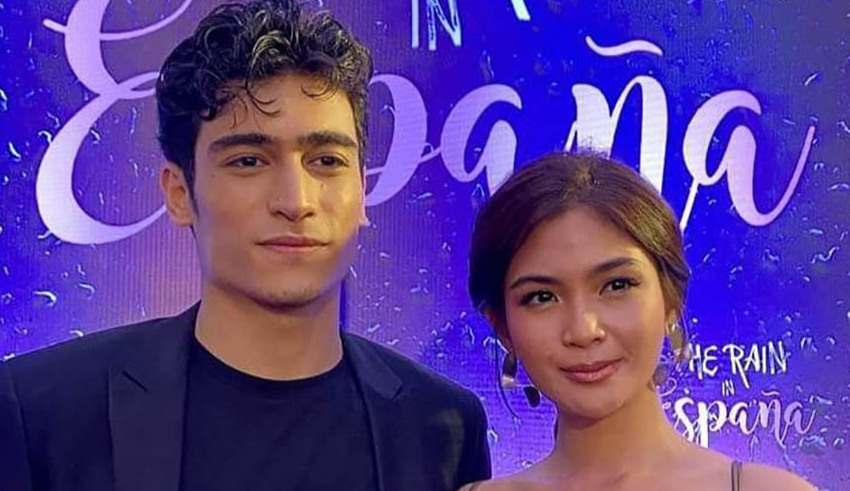 The adaptation of Gwy Saludes's hit series will be directed by Theodore Boborol. This month, filming will begin on a 10-part series that won't debut until 2023.
(c) PEP PH

On November 3, the cast of the new Viva TV series “The Rain in Espana” was introduced at a press conference held at the Le Reve Events Place on Sgt. Esguerra in Quezon City.

The adaptation of the immensely successful series, written by Gwy Saludes, will be directed by Theodore Boborol. The 10-part series will begin filming this month, but it won’t air until 2023.

Gwy, age 21, congratulated her 550 million readers for making her novel series spectacular. The popularity of her novels enabled her to purchase a brand-new automobile. Her other objective is to purchase a condominium or a house. She said that she has purchased a business property.

“Before you share your writings with others, you should begin by writing for yourself,” Gwy advised younger individuals who desired to write novels. “Don’t be hesitant to share it. Don’t be afraid of the retaliation. Writing should be something you take pleasure in. Thus, simply continue to write. It will happen.”

Despite the enormous success of her works, Gwy stated that writing is merely a pastime. “I aspire to become a lawyer.”

Theodore stated that the series’ distribution platform is still up for debate. In addition to being authentic to the novel, the filmmaker pledged to deliver the same kilig factor or excitement to fans of the university series. Just The Way You Are, Vince and Kath and James, Finally Found Someone, Iska, Connected, and The Entitled are films directed by Theodore.

Heaven acknowledged that she had had read some unfavorable remarks after being cast in the starring role. “However, I will not be impacted by bashers. This series is a challenge for me to perform at my best. Ibibigay po namin ng buong puso para magampanan ng tama ang aming mga character.”