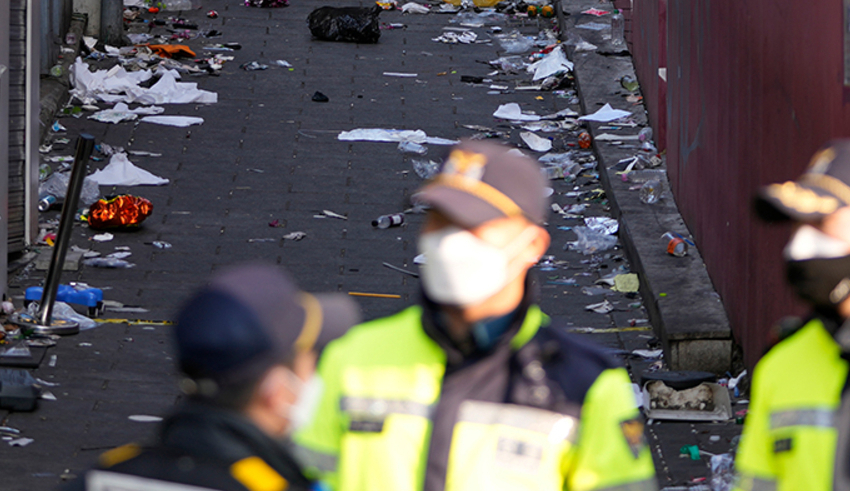 Officials announced on Friday, November 4, that South Korea will increase surveillance at packed subway stations in the wake of a Halloween crush in Seoul that killed over 150 people.

On Saturday night, the yearly celebrations in the famed nightlife district of Itaewon turned fatal after tens of thousands of young revelers crammed into small streets and alleys. It was the first Halloween event in three years where COVID-19 limitations were minimal.

The prime minister announced that beginning on Friday, police will be deployed to subway stations in the city to assist with crowd control.

Tuesday, National Police Commissioner General Yoon Hee-keun admitted that crowd management at the catastrophe site was “inadequate,” stating that police had received many warnings warning of potential mishaps on the night of the flood.

According to experts, proper crowd and traffic control by the government may have prevented or at least mitigated the influx of Halloween partygoers in alleys.

A civic group that has been staging weekly rallies against the Yoon Suk-yeol administration will host a candlelight memorial for the victims on Saturday evening, November 5, the organizer said, as the week of national mourning comes to a close.

The accident resulted in 156 fatalities and 187 injuries, with 33 in critical condition. At least 26 nationals from 14 different nations were among the fatalities.