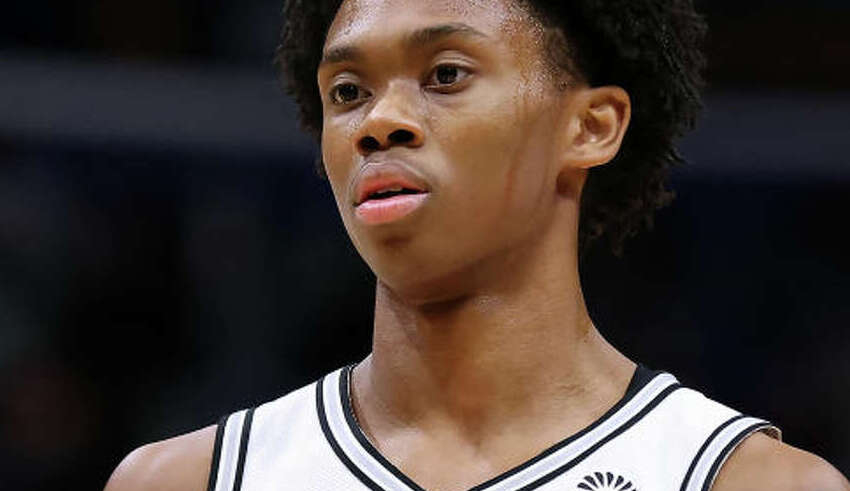 A former team psychologist alleges the Spurs ignored her objections over Joshua Primo's indecent exposure because they wanted to keep 'a future star.'
(c) MySA

According to a lawsuit filed on Thursday, November 3, a former clinical psychologist for the San Antonio Spurs claims the team neglected to take action after she reported repeated instances of indecent exposure by Joshua Primo, a 2021 first-round lottery pick released by the team last week.

According to Cauthen’s lawsuit, she alerted the team about the first event, which she claims occurred in December 2021, in January.

According to the lawsuit, “rather to act on Dr. Cauthen’s reports, Spurs ignored her complaints in an attempt to dismiss and then cover up Primo’s activities.” The Spurs management was willing to sacrifice Dr. Cauthen in order to retain a player they felt would become a future star.

The lawsuit continued: “The Spurs’ action sends a strong message that they, like other large sports businesses, are ready to accept reprehensible behavior by athletes and sacrifice loyal employees as long as the athlete is successful on the court.”

Last week in Minnesota, Primo, 19, allegedly exposed himself to a woman, according to Buzbee, and the squad subsequently released him. In July, while attending the NBA Summer League in Las Vegas, Primo was accused of indecent exposure, according to Buzbee.

Primo was taken by the Spurs with the No. 12 overall pick in last year’s draft and was waived on Friday. Previously, they exercised his option for a third year with a guaranteed salary of $4.3 million in 2023-2024.

After releasing Primo, Spurs CEO RC Buford said, “We think that, in the long run, this decision will serve the best interests of both the team and Joshua.”

Briggs stated, “Josh Primo, a 19-year-old NBA player, has endured a lifetime of pain and difficulties. His former team-assigned sports psychologist is now victimizing him for her own financial gain by exploiting offensive stereotypes and racially fueled anxieties.”

Briggs described Cauthen’s accusations as a betrayal of her young client.

Briggs stated, “Dr. Cauthen’s charges are either a complete fiction, a great exaggeration, or pure fantasy.” Josh Primo did not purposely expose himself to her or anybody else, and he was unaware that his private parts were visible outside of his workout shorts.

Thursday, the Spurs released a statement from Buford defending the team.

Buford stated, “We disagree with the veracity of the facts, details, and timeframe offered today.” While we would like to disclose additional information, we will allow the legal process to take its course. Our organization will continue to uphold the highest standards and adhere to our principles and culture.

Primo published a statement to ESPN on Friday indicating that he was experiencing mental health issues.

“I hope to be able to discuss these concerns in the future so that I can assist those who have endured similar hardships. I value confidentiality at this time.”

This week, Primo cleared waivers and became a free agent. This season, he participated in four games and averaged 7.0 points, 4.5 assists, and 3.3 rebounds.

Before being released, he was reported as suffering left glute pain on the team’s injury report.