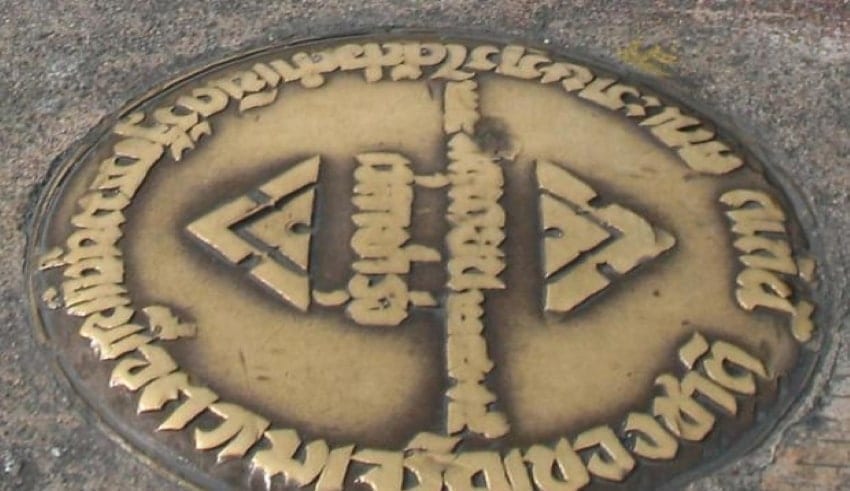 A pro-democracy party called on the House Religious Affairs, Arts and Culture Committee will do their best to help find the missing Khana Ratsadon plaque and the Memorial to the Constitutional Security.
(C) bangkokpost

A pro-democracy party called on the House Religious Affairs, Arts and Culture Committee will do their best to help find the missing Khana Ratsadon plaque and the Memorial to the Constitutional Security.

A petition was added recently by Saharat Chanthasuwan which is the leader of the Silpakorn Society for Democracy, with Sutthawan Suban na Ayutthaya, deputy chairperson of the council, urging the committee to investigate the loss of the object and the monument.

Looking back In 2017, the remembrance plaque of the 1932 revolt, which was embedded near the King Chulalongkorn equestrian statue at the Royal Plaza and was just suddenly vanished. Meanwhile, the statue was demolished to make room for the building of the Green Line electric railway, which marked the victory over the Royalist counter-revolution in 1933. For this reason, It was a historical site registered there.

Along with this, The group requested the Fine Arts Department to find the plaque and the memorial in late September which was stated to the Silpakorn Collective for Democracy and gave the department two weeks to respond. There were two months have passed and a response has not been obtained by the party.

The party even shared that the brass plaque and the memorial were of historical importance as they were symbols of the struggle of the people for independence and represented substantial improvements to the region. It argued that the department was responsible for preserving cultural heritage and the lack of success in locating the object and the memorial could be seen as indifference that could compromise the historical values of the country.

Consequently, Ms Sutthawan, The Nakhon Pathom’s Move Forward Party MP, is still on and even added that she would ask the panel to consider summoning the parties involved to discuss the truth regarding the plaque and the monument’s disappearance. With this, the people involve here will be looking forward for updates on this case.