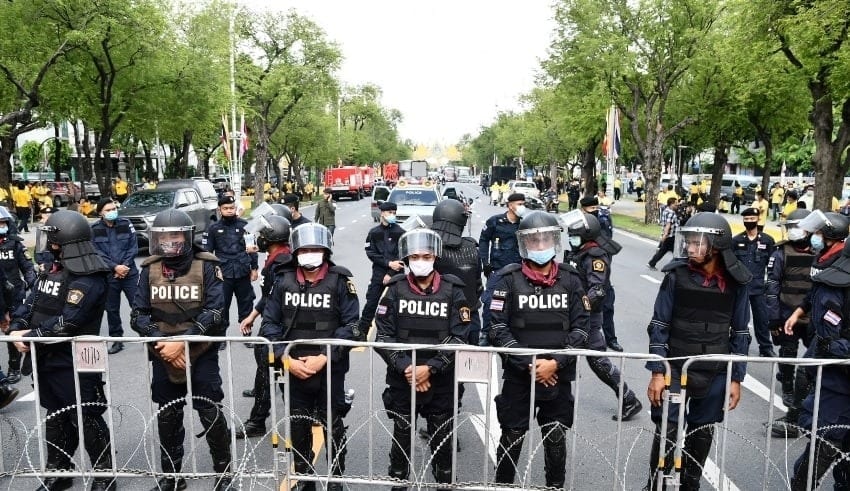 Royalist organisations have called on their followers to offer the monarchy greater respect. Loyal Thai group leader Warong Dejkitvigrom said the demands of the pro-democracy protesters, especially those concerning the monarchy. He said there were ulterior motives for the People’s Party 2020 and community leaders didn’t want to reveal themselves to escape legal action.

The demonstrators and the government seem to be in a social media battle to win over the public, said Dr Warong, who proposed that the government concentrate on helping the public better understand the situation.Yesterday, Labour Minister Suchart Chomklin spoke about urging people to exercise their power to defend the monarchy in Chon Buri. He said that in defending the beloved royal institution, everyone had the right to express themselves and found differences in political views common. There are a lot of people who, Mr. Suchart said, love the monarchy.

The incident in which demonstrators obstructed the royal motorcade of Her Majesty the Queen on Oct. 14 had hurt royalists who gathered in a show of solidarity yesterday evening. The meeting was reportedly held in front of a statue of King Rama V inside the town hall, despite an emergency decree banning more than five people from meeting.

Asked if the party would meet every day like the Free Youth Anti-Government Group, the minister said other provinces such as Narathiwat, Rayong and Kanchanaburi had royalist parties. Whether they come out every day will depend on them, he said.

The minister added that he thought it was impossible to challenge the two sides because the royalist parties would steer clear of the protest sites of Free Youth and no statements would be released condemning them.