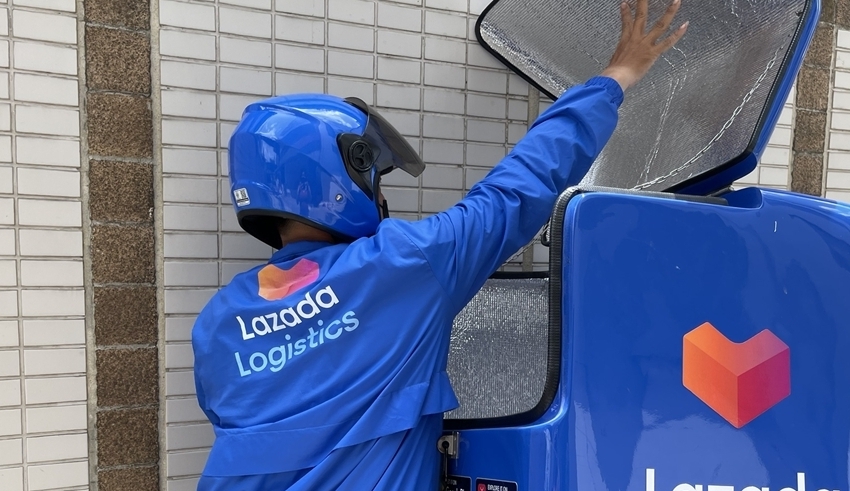 The five drivers who filed a lawsuit against Lazada are eligible for back earnings dating back to the year 2017, when they were fired from their jobs.
(c) Pu Eble Rino

The Supreme Court (SC) found in favor of five riders who claimed their employer, Lazada, fired them unjustly in 2017.

In a decision issued on September 21, 2022, but released to the media on January 20, 2023, the Supreme Court challenged the rulings of the National Labor Relations Commission (NLRC) and the Court of Appeals, which concluded that there was no employer-employee relationship between the petitioners and Lazada E-Services Philippines, Inc.

They will get full back earnings from the moment of termination to the date of reinstatement. The Labor Arbitrator was tasked with calculating the entire monetary benefits to which the petitioners were entitled.

The petitioners were engaged by Lazada in February 2016 with the main responsibility of transferring merchandise from merchants to Lazada’s warehouse. According to the terms of their contracts, they got P1,200 every day for a year.

A dispatcher informed the riders in January 2017 that they had been pulled from their regular routes and would no longer be issued schedules. The riders continued to go to work for three further days, waited the whole day for new assignments, but were not given any. They discovered that their routes had been assigned to different staff.

This caused the riders to file a case with the NLRC against Lazada for unlawful termination. They claimed to be regular Lazada workers since the manner and methods by which they do their employment are subject to Lazada’s discretion and supervision.

Lazada, however, claimed that the drivers were independent contractors, not regular workers. The firm stated that when a customer purchases an item via Lazada, the company just organises the delivery of the goods through a third-party transportation provider. This rendered delivery an additional function, rather than its core business.

The Labor Arbitrator rejected the riders’ claim, determining that they were not regular Lazada workers. This was affirmed by the NLRC and the Court of Appeals.

The Supreme Court determined that Lazada failed to meet its burden of establishing that the riders were independent contractors rather than regular employees after the riders brought the issue to its attention.

“When the employment status is in question, the employer has the burden of proving that the individual whose services it pays for is an independent contractor as opposed to a normal employee with or without fixed terms,” the judgement written by Senior Associate Justice Marvic Leonen states.

The Supreme Court decided that the drivers were direct employees of Lazada since they had signed employment contracts with the firm. They were also paid by Lazada, and the firm had the ability to fire them.

Additionally, Lazada controlled their labor by mandating the completion of a route sheet that recorded the arrival, departure, and unloading times of the merchandise. The riders were also expected to provide Lazada with travel tickets and incident reports.

Since item shipping is a fundamental part of Lazada’s services, the Supreme Court determined that the petitioners’ services were vital to Lazada’s business.

The case also met the economic-dependence test since the drivers were recruited directly by Lazada after having been employed by a third-party contractor to provide services for Lazada. This indicates that the petitioners relied on Lazada for their economic survival.

“The protection of the law granted to workers takes precedence above the contract’s designation and terms…. Therefore, it is obviously erroneous for labor tribunals to reject an employer-employee connection only on the basis that the Contract states that such a relationship does not exist,” the Supreme Court’s judgment said.