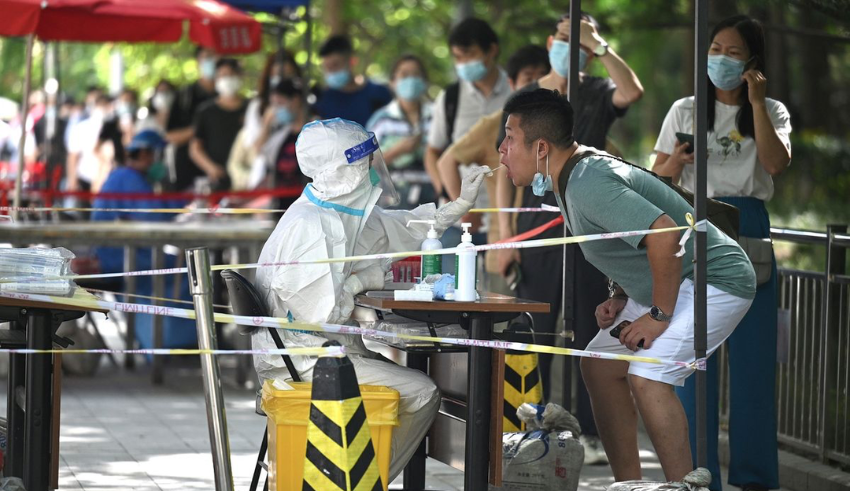 Shenzhen has a population of almost 18 million people, reported 22 new locally transmitted cases, "mobilize all resources" to put a stop to an outbreak of COVID-19
(c) Bloomberg

Shenzhen, a megacity in the southern region of China, has vowed to “mobilize all resources” to put a stop to an outbreak of COVID-19, which has been slowly spreading. The city has also ordered the strict implementation of testing and temperature checks, as well as lockdowns for COVID-affected buildings.

Shenzhen, which has a population of almost 18 million people, reported 22 new locally transmitted cases on Wednesday (July 20), with the daily tally gradually creeping up from single digits earlier in the month.

A steady upswing has prompted Shenzhen authorities to speed up surveillance in order to comply with the central government’s “dynamic zero” policy of suppressing outbreaks as soon as they emerge, despite the fact that the caseload is still tiny by global standards.

However, Shenzhen has shut down residential compounds and buildings that have been assessed as being more vulnerable rather than ordering the closure of all enterprises or placing severe restrictions on public movement. Officials have been instructed to narrow the scope of their virus-fighting efforts in order to minimize economic harm.

According to local Communist Party chief Meng Fanli, Shenzhen will “mobilize all resources and adopt all measures to quickly eliminate the risk of a community spread in key areas, resolutely cut transmission chains, and contain the outbreak as quickly as possible.”

On Wednesday night, Meng issued a statement warning that the municipal administration would firmly punish any officials responsible for allowing the virus to spread. Shenzhen’s Nanshan district was the source of 13 of the city’s 22 local infections, which included the likes of Tencent and DJI.

For one week in March, people in Shenzhen were required to undergo repeated rounds of testing and mostly remained at home, with one member of each household permitted to leave every few days for essentials while caseloads rose into the low double digits.

This was the shortest lockdown in a city with a population of over 10 million people affected by COVID, and it was milder than the one in Wuhan in 2020. All non-essential firms were shut down, and employees were ordered to work from home or on closed campuses.

A total of 826 new local COVID-19 cases were reported in China on July 20, with 148 symptomatic and 678 asymptomatic, according to the National Health Commission on Thursday.

There were no additional deaths, bringing the total number of lives lost in the country to 5,226.

Since the pandemic began in December of 2019, China had confirmed 228,180 cases of symptoms, including both local cases and those among international travelers, as of July 20.