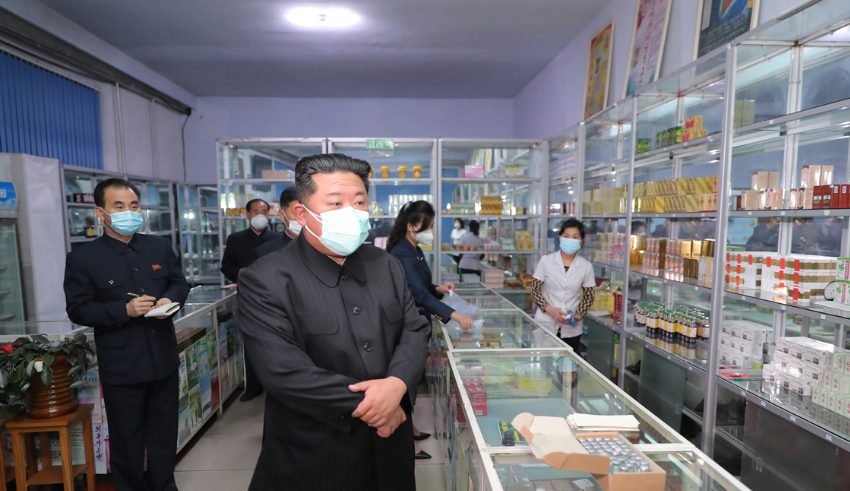 Outbreak of COVID-19 in North Korea is "finally defusing," As of late April, the North claimed 99.98 percent of its 4.77 million fever sufferers had recovered
(c) Daily Maverick

An outbreak of COVID-19 in North Korea is “finally defusing,” according to a state news agency statement on Monday, July 18, while Asian neighbors are dealing with a new wave of illnesses caused by Omicron subvariants.

As of late April, the North claimed 99.98 percent of its 4.77 million fever sufferers had recovered, but it hasn’t disclosed any data on those who did.

“The anti-epidemic campaign is improved to finally defuse the crisis completely,” KCNA reported. More than 310 additional cases of fever have been reported in the North.

According to the World Health Organization, the situation in North Korea appears to be worsening rather than improving, despite the lack of independent statistics.

As a preliminary to resuming trade, one analyst believes the North’s declaration is a step in the right direction.

“Under the current trend, North Korea could announce in less than a month that its COVID-19 crisis is over and that could be a prelude to resuming cross-border trade,” Director of North Korea studies center at South Korean Sejong Institute, Cheong Seong-chang stated.

According to experts, the pandemic has been used by the totalitarian North to reinforce its already harsh social controls. People in Pyongyang have been urged not to eat or drink anything that originates from outside the country, which Pyongyang blames on “alien things.”

Since North Korea initially recognized that it was fighting a COVID-19 outbreak in mid-May, the number of daily new instances of fever reported by KCNA has decreased.

Despite the lack of a widespread vaccination campaign, the North claims to be conducting rigorous medical checkups around the country, including daily PCR tests on water samples gathered in high-risk areas.

The North also stated that it has been working on new technologies for detecting the virus and its mutations, as well as other infectious diseases like monkeypox.

This comes at a time when other Asian countries are dealing with an uptick in infectious diseases. Locally transmitted illnesses have reached their highest level since May 23 in China, which reported 691 new cases on Saturday.

Officials and health experts expect hundreds of thousands of new cases in the coming weeks in neighboring South Korea, where daily COVID-19 infections rose to around 40,000 on Tuesday after being below that mark for two months straight.

Prime Minister Fumio Kishida cautioned that a fresh wave of diseases appeared to be spreading swiftly, and he urged extra caution ahead of the summer break for students.

The number of new cases in Tokyo jumped to 16,878 on Wednesday, the highest since February, while the total in the rest of the country rose to more than 90,000.