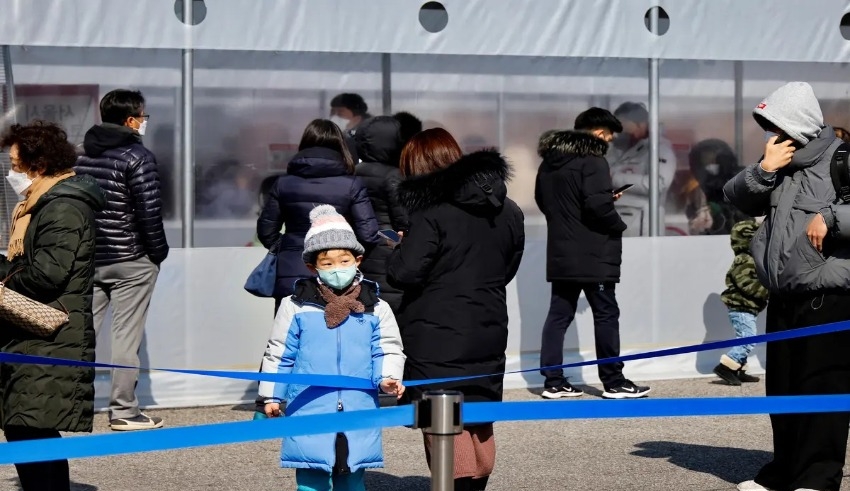 Han Duck-soo stated at a COVID-19 reaction meeting that between mid-August and late September, the number of daily infections could rise to as many as 200,000.
(c) Al Arabiya

SOUTH KOREA: Each day’s COVID For the first time in the past two months, the number of infections in South Korea has surpassed 40,000, and the government has issued a warning about a possible five-fold increase in the months ahead.

Han Duck-soo, the prime minister of South Korea, informed a government COVID-19 reaction meeting that between mid-August and late September, the number of daily infections could rise to as many as 200,000.

There will be a second booster shot available to those in their 50s and those with pre-existing conditions, according to Han.

Only those over the age of 60 were allowed to participate. However, just 32 percent of those who received a fourth shot chose to do so.

Most of South Korea’s pandemic restrictions, including the requirement to wear an outdoor mask, were lifted in May as cases decreased after reaching a high of 600,000 a day in mid-March.

There are no urgent plans to reintroduce limitations on COVID-19, but the government does not rule them out if the situation changes significantly, Han added.

He said that anyone infected with COVID-19 must be quarantined for seven days.