The Asian Affairs > Latest News > Malaysia > Ukraine accused of being Zionists by the PAS chairman, and NATO of deliberately inciting Russia 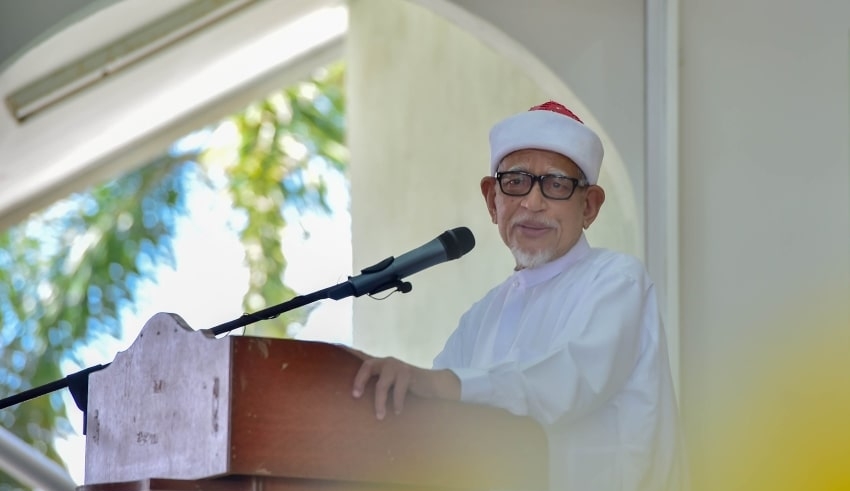 Tan Sri Abdul Hadi Awang, the president of the PAS, has accused war-torn Ukraine of being a Zionist state, and has characterized the conflict between them and invading Russia as a ruse to drive Jewish Ukrainians to seek asylum in Israel in order to strengthen the Jewish state.
(C) Abdul Hadi Awang / Twitter

Malaysia – Tan Sri Abdul Hadi Awang, the president of the PAS, has accused war-torn Ukraine of being a Zionist state, and has characterized the conflict between them and invading Russia as a ruse to drive Jewish Ukrainians to seek asylum in Israel in order to strengthen the Jewish state.

At the same time, the leader of the Islamist party accused Ukraine of concealing the official number of Jewish Ukrainians, who he claims make up 40% of the country’s total population, and claimed that the Zionists had successfully planted one of their own in the Ukrainian government’s highest levels.

“The vast majority of Israel’s leaders hail from Ukraine or neighboring countries such as Poland, Hungary, or Austria. Now, the Zionists have succeeded in appointing a new head of state, Volodymyr Zelenskyy, who stated in a statement that Ukraine, like Israel, needs to be saved – revealing his real colors.

“He was granted opportunities to speak in various parliaments throughout Western countries, including the United States, Australia, England, and others. Apart from that, media use — even in Islamic nations — lends moral support to Zionists,” he said on Facebook.

He then made a comparison between the treatment of Ukrainian refugees and victims of conflict in West Asia and Africa, claiming that this proved the tremendous influence of Zionists on European countries.

Abdul Hadi further said that the North Atlantic Treaty Organization (NATO) prompted Russia to take the initiative by establishing a military presence near the Russian border.

“Hitler initiated the Second World War with military provocations that finally led to war.” Nato, which consists of western European nations and the United States, is now instigating conflict through its policies, economic sanctions, and media clout.

“It all started with the recruitment of new recruits from the former Warsaw Pact, all the way to Ukraine – a country on Russia’s border.” Nato’s effort to strengthen its military capability was a provocation that obliged Russia to strike first to protect itself.” “There is also information that Ukrainian Jews did not react to the Zionist appeal to immigrate to Israel in order to support Israel’s quest to remain the world’s lone superpower, which they hope to see last until the end of time.”