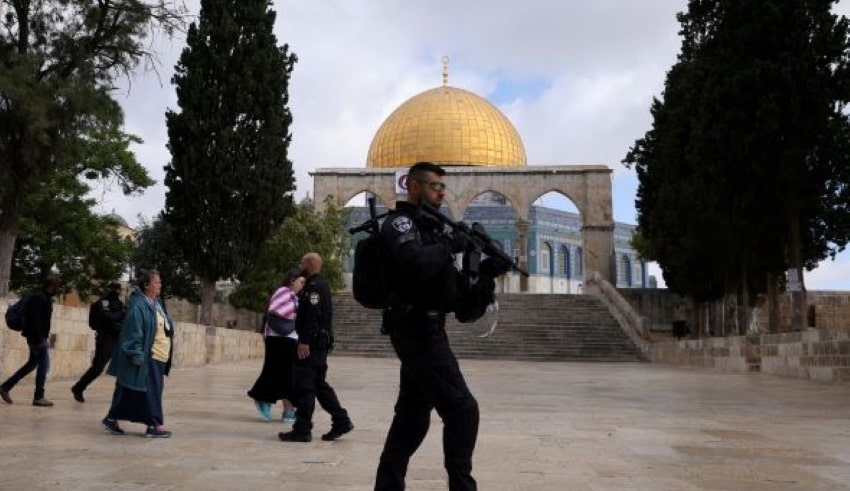 Sunday's attack and invasion into the area surrounding the Al-Aqsa Mosque, which was carried out by Israeli extremists and authorities, has been strongly condemned by Malaysia.
(C) Yahoo Malaysia

Malaysia – Sunday’s attack and invasion into the area surrounding the Al-Aqsa Mosque, which was carried out by Israeli extremists and authorities, has been strongly condemned by Malaysia.

According to a statement released by the Foreign Ministry (Wisma Putra) on May 31, the premeditated incursion on the Holy Site of the Muslims and the rallies of the flag march in the Old City were obviously a provocation and a flagrant violation against the revered Holy Site and its sanctities. Both of these events took place in the Old City.

“This latest incursion on the Al-Aqsa Mosque was undeniably an act of aggression by the Israeli occupation authority and Israeli extremists, fueling the embers of regional and global tensions,” the statement read.

An Alarming Concern From PNP and AFP

According to Wisma Putra, Malaysia calls on the international community to urge that Israel’s authorities discontinue all provocative actions immediately in the sake of peace and stability.

“Malaysia expresses its deep support with the Palestinian people and reiterates the status of AlQuds Al-Sharif as the Muslim Ummah’s Holy Site,” it stated.

Malaysia further reiterates its steadfast support and solidarity with Palestinians and their struggle to end Israel’s illegal occupancy and realize their dreams for an independent Palestinian state based on pre-1967 boundaries with East Jerusalem as its capital.

Thousands of Israeli settlers marched in a flag march on Sunday to commemorate what they call the “Day of Unifying Jerusalem,” which commemorates Israel’s 1967 takeover of the city.

During the 1967 Arab-Israeli conflict, Israel conquered East Jerusalem, including the sensitive Al-Aqsa Mosque compound. In 1980, it annexed the whole city, a move that was never acknowledged by the international world.

Following clashes around last year’s flag march, Israel launched an 11-day attack on the Gaza Strip, killing over 260 Palestinians and injuring thousands more. During the fighting, thirteen Israelis were murdered by Palestinian fire from Gaza.

The worst bloodshed in years came to an end thanks to an Egyptian-brokered truce.